As fears spread like wildfire about the world's worst Ebola outbreak, which has tragically killed over 660 people in six months so far, the origin has come to light -- and it traces back to bushmeat.

According to the UN, the likely source of the outbreak was a hunter who ate or sold a fruit bat, a species that can be infected without showing any outward signs, in Western Africa. The disease can be spread through the transmission of bodily fluids like blood between animals and humans -- what's known as a zoonotic disease.

While fruit bats are a known species for Ebola transmission, other bushmeat species like rodents and primates could have carried it as well. The Food and Agriculture Organization of the United Nations (FAO) released a public statement warning to rural West African communities of the risks of contracting the virus from eating these species. The residents of Guinea, Liberia and Sierra Leone, all of which are dealing with the brunt of the outbreak, are particularly at risk.

FAO is working with the World Health Organization (WHO) to reach those communities who consume bushmeat, or wild game, in the area of the outbreak.

"We are not suggesting that people stop hunting altogether, which isn't realistic," FAO Chief Veterinary Officer Juan Lubroth said in a statement. "But communities need clear advice on the need not to touch dead animals or to sell or eat the meat of any animal that they find already dead. They should also avoid hunting animals that are sick or behaving strangely, as this is another red flag."

Fruit bats are usually eaten in those areas dried or in soups to supplement diets. They are called a "reservoir species" for the virus, though it is killed when meat is cooked at a high temperature. But anyone who handles the animal before it's cooked is at risk. Other outbreaks in the past have been tied to bushmeat hunting of fruit bat and primates.

Ebola is lethal in up to 90 percent of cases, and there is currently no vaccine. According to FAO, West Africa's first human cases of the virus occurred in December 2013.

Bushmeat bans in rural communities have proved ineffective, even spurring people to hide infected patients because they fear punishment for hunting. For now, FAO is trying to inform communities of the risks and setting up wildlife surveillance systems to detect the virus earlier.

The tragic outbreak starkly highlights the massive risk that zoonotic diseases pose to humans. According to the Center for Disease Control, more than 6 out of every 10 infectious diseases in humans are spread from animals. An even scarier statistic -- 75% of novel emerging (new) diseases are of zoonotic origin. Man-made problems only confound this issue -- logging, deforestation, wildlife trade and agriculture make these diseases all the much easier to spread. There's no simple fix for the problem of bushmeat and zoonotic disease -- issues of developing nations, food security, and lack of education intertwine with health risks and the science of virology. But education about prevention methods is one of the best ways to help. You can learn more about zoonotic diseases -- and what researchers are doing to stop them -- from virologist Nathan Wolfe's TED talk: 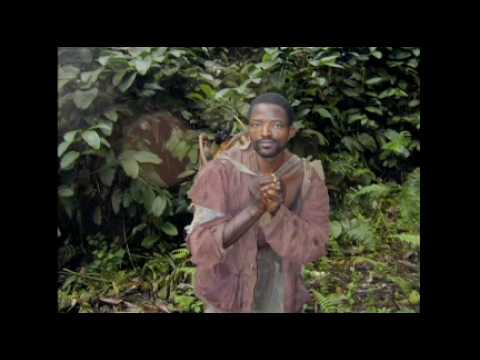