World's Most Enthusiastic Labrador Isn't Giving Up On Summer Just Yet

Meet Walter, a pup with "an insane passion for swimming and diving" that lives -vacations? - on the beaches of Siracusa, Sicily. Afforded a measure of off-leash freedom in a new video that surfaced this week, he promptly beelines for the crystal clear waters of the Mediterranean (totally relatable, amirite?). (YouTube: sciu89)

Along the way, he bounds over a fence (even though its gate is open) ...(YouTube: sciu89)

... and scrambles across a rock field at breakneck speed.(YouTube: sciu89)

Journey nearly complete, Walter pauses for exactly zero seconds - this is no time for chitchat or the silly social protocols that govern human interactions - before splashing snout-first into the cool, refreshing ocean water.(YouTube: sciu89)

The entirety of Walter's sprint, as documented with a GoPro camera harnessed to his back: 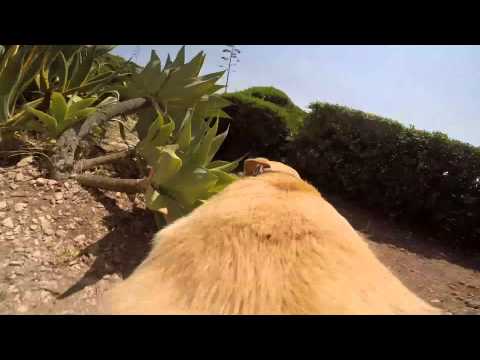 The same thing, only shot from the beach! 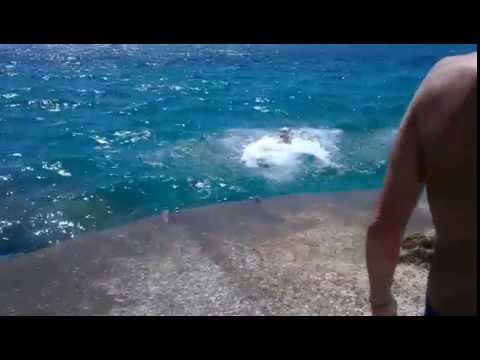 Travis Greenwood is a Portland-based writer and editor. He loves polo shirts but cringes when the top button is fastened. Tweeted musings at @LesSavyTrav.