Our Government is Destroying Geese Families

In 2012, News 12 reported the fact that, earlier that morning, Wildlife Services (a branch of the USDA) came secretly to the Sprain Golf Course in Yonkers, NY and slaughtered almost 500 geese and their babies - without any prior notice to the community, public discussion, etc.

Wildlife Services has been killing millions upon millions of animals for over 100 years.

Since that time we've learned that this is the norm: Wildlife Services gives no prior notice to the community as it conducts its own highly controversial "war on wildlife," and this is common practice all over the country. WS operates with no oversight and no regulation, profiting over $20 million per year by doing these "culls," at golf courses, parks, and for private businesses such as ranchers.

The NY Times did an expose of their practices, calling them "Agriculture's Misnamed Agency." Citizens don't know who to complain to when they find out after a cull - they desperately contact animal advocacy groups, the press, their elected officials, heartbroken because they are too late and the killing is complete. After learning what was going on in secret, we met with Senator George Latimer and asked him to draft a bill that would help make this agency's operations available to the public before they conduct slaughters - and add a requirement that they inform prospective clients about humane alternatives. (Bill S.2600/A.7067)

Canada geese are very loyal and protective to their family. They will put themselves in danger to protect the mate and their young. A goose will not leave an injured family member, and will guard the injured goose until he recovers or dies. Many people enjoy seeing the fuzzy babies - always with the parents hovering nearby. As their habitats are destroyed by urban sprawl, massive golf courses, etc, geese families have settled in to life in the "concrete jungle."

Complaints about Wildlife Services pour in.

The media, congress, watchdog agencies and others are keeping WS under intense scrutiny:

"This agency has become an outlet for people to abuse animals for no particular reason." - Rep. John Campbell, R-California

Wildlife Services' killing devices reads like a "who's who" of torture: neck snares, steel-jaw leghold traps, M-44 sodium cyanide - they'll drop a phosphorus bomb into a coyote cub's den and cover its opening with dirt. To perform geese slaughter, Wildlife Services typically comes in during the molting season when birds are flightless and can't escape; they bait the birds, corral them and their infants, and shove them into crates. The birds are then either gassed onsite or at another location. Gassing especially is a lengthy, painful death. Bystanders report hearing the birds gasping for air and beating their wings against the sides of the crates in a futile effort to escape. 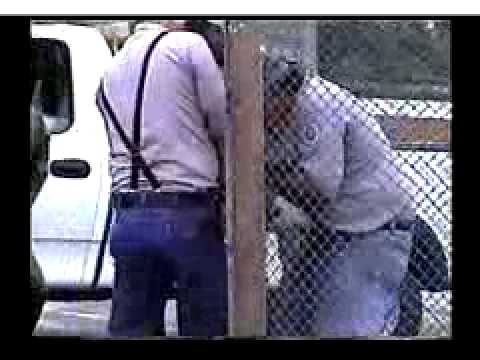 Sometimes the birds are shot: the manager of a food bank that received some of the bodies expressed concern that "the homeless might break their teeth" on buckshot shells. Jim Pfeil documented a Wisconsin cull which included children sadly watching the horror from behind a window, and a goose that evaded capture begging for the release of his family. 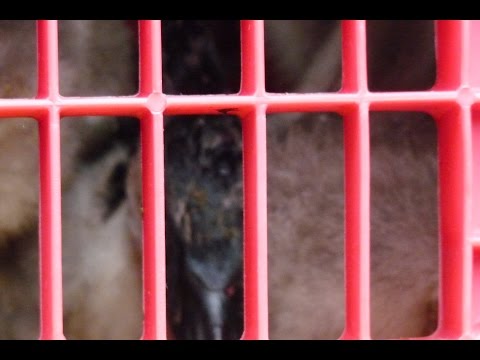 Tyler A. Chase, director/producer of the documentary work in progress, "Let Them Eat Geese," asks:

"How did we come to this ... to mass killing Canada geese and other migratory birds? Europe is working to set up bird radars with the help of one of our prominent interviewees to avoid air collisions. Why not the USA? All kinds of excuses are used to inflame public opinion against Canada Geese and now mute swans. Is there really a rationale for abuse?"

The last thing a government agency wants is "more transparency" but the fact is we are entitled to it, to know exactly how our tax dollars are spent and to have a say-so in the process. We are especially concerned when it comes to the massive slaughter of those who otherwise have no voice. We've attended community meetings that featured WS as speakers - who blatantly lied about the existence and effectiveness of non-lethal methods, downplaying both and inflating the cost as well; urban governments lacking wildlife expertise will defer blindly to WS.

Senator Latimer told us this first bill could only apply to geese and turkeys; other species could be added at a later date.

How you can help.

Rex Shaddox, a Texas law enforcement officer who worked for Wildlife Services in the 1980s, said he left the agency - which at the time was called Animal Damage Control - after a particularly disturbing occurrence. Shaddox said he and other workers were ordered to report to a city dump in Uvalde, Texas, to witness agency officials experiment with M-44 sodium cyanide on dogs from a local pound that were supposed to be euthanized.

"We were told to watch as they held the dogs down and shot cyanide into their mouths, one by one," he said. "I went home and cried that day. And then I quit."

Our government did this - paid for with our tax dollars. Help stop this taxpayer-funded disgrace. Predictably, an in-house audit gave Wildlife Services the stamp of approval. The government won't police itself, so its up to us to make changes.

The "Right to Know" Bill will be presented to the Legislature in January. Please sign our petition to tell legislators we want WS to be accountable, so it can no longer conduct its atrocities in secret. Shining a light is the best way to stop such cruelty - maybe the only way.