Why Does My Dog Eat Poop?

There's no one answer for coprophagia">why dogs eat poop. The behavior, known as coprophagia, isn't unusual among healthy dogs. A snack may consist of the dog's own droppings or those of other animals, and many dogs like eating cat poop. Plus, there's what Canadian veterinarian Dr. Mary Machum highlights as a particular doggy delicacy: frozen feces.

"'Poopsicles' are a bit like horse manure, horse hoof trimmings and cat poop in that they all seem to be a bit like crack cocaine for a dog," Machum, a veterinarian at the Crestwood Veterinary Center in Edmonton, Alberta, told The Dodo.

Although many pups cease ingesting non-food items as they grow older, a few dogs eat feces well into their later years, according to the American Society for the Prevention of Cruelty to Animals. There are even reports of dogs who twist around to get the stuff fresh from the source. A mother dog, the ASPCA points out, can also encourage a young puppy to defecate by licking and then, like any good mom, will clean up the mess.

A penchant for poop is no quirk of the modern dog. Dogs who ate human poop, for instance, likely date back millennia. Their wolfish ancestors acclimated to humans by snacking on garbage, the prevailing theory goes, including our feces.

Having worked for decades as a vet, Machum is no stranger to canine poop consumption. In a 1985 letter in the Canadian Veterinary Journal, she and her colleagues at the University of Guelph offered several hypotheses for what brings a hound to chew on crap:

Because dogs can become sick from stool infected with parvo or parasitic worm eggs, for instance, owners should discourage dogs from compulsively eating poop.

The best way to stop the behavior is to consistently call the dog over or otherwise distract him after he's done his business, Machum said. Then, quickly remove the offending morsel out of mouth's reach. Yelling and chasing, on the other hand, is apt to backfire if a dog enjoys the attention and turns poop-eating into a game.

Dietary changes don't make much of a difference, according to Machum. In her more than 20 years of practice, she's seen "dogs on high protein diets, low protein diets, homemade diets all eating poop." To avoid the temptation of a poopsicle, especially in colder climes, the most effective trick is to simply keep yards "really clean."

But don't despair if your dog has the occasional appetite for an excreted snack. As the ASPCA notes, "sniffing feces is such a fundamental investigative behavior in dogs." It makes loads of sense, health-wise, for humans to steer clear of poo - but it's worth bearing in mind that our squeamishness doesn't always translate to the rest of the animal kingdom.

Take this dog, for instance, who doesn't get what all the fuss is about: 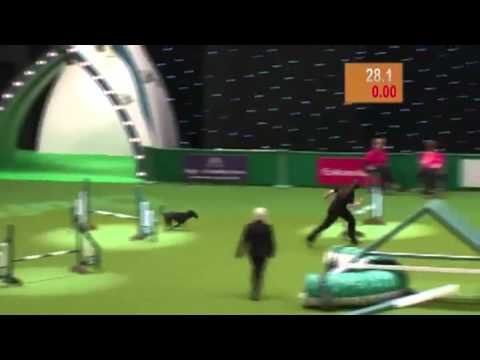