What To Do If Your Dog Eats Your Pot

Know what to do if it happens to you.

A video showing a Siberian husky named Loki after he accidentally ate marijuana is making news all over the world. "It's like he's not even real," a voice can be heard saying at the end of the video, which shows a man trying to prop up Loki as his tongue dangles out of the side of his mouth.

Stumbling, dilated eyes and disorientation are signs that a dog has gotten into a secret stash. And sadly, this is happening more and more, and there isn't much that can be done for intoxicated animals.

"Marijuana toxicity is no laughing matter and if people note their dogs have gotten into it they should seek veterinary care immediately," Dr. Robert Proietto, a veterinarian in New York City, told The Dodo. "It is also important to tell the veterinarian the truth. No veterinarian is going to judge their client for being honest and we will never contact the police. We just want to know what is going on so we can treat the pet to the best of our ability."

As weed becomes legalized, run-ins between pets and pot could increase. In Washington State, for example, veterinarians have been seeing as many as a dog per day for THC exposure. And in Colorado, incidents of doped-up dogs have quadrupled in recent years.

Some people say that marijuana could have medicinal uses for animals, while others defend the drug from being called dangerous for anyone at all. But too often YouTube videos are shared depicting dogs intentionally being given the drug by their owners for recreation, and the dogs appear to be stumbling and groggy. Any animal lover would find some of these videos of pups on drugs pretty disturbing, despite - or maybe because of - the often unbridled laughter of the videographers at the plight of their helpless pets. 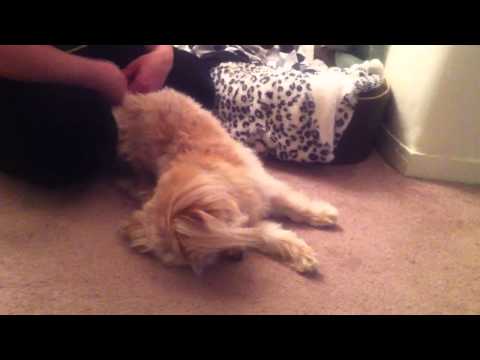 "Some animals will only act a little 'stoned' (wobbly, lethargic) and they can be managed at home," Tina Wismer, medical director at the ASPCA animal poison control center, told The Dodo. "Others can become agitated or even comatose and those animals need veterinary intervention."

A large quantity of pot can be potentially toxic or even fatal to pets: three grams of THC per kilogram of a dog's weight can be a lethal dose, and smaller amounts can still be dangerous, triggering seizures and even comas.

"Most of the pets do very well with treatment," Dr. Proietto said, adding that treatment can include inducing vomiting and giving IV fluids. "It is sometimes the most expensive marijuana that people buy after they get their veterinary bill. We encourage people to keep it in a safe place away from their pets for their wallets and for the sake of their furry four legged kids."

If you think your dog has overdosed on marijuana, take him to the veterinarian right away to make sure the dosage he ate isn't fatal. In all likelihood, his symptoms will disappear in a day or two. But when it comes to pets and drugs, you can never be too careful. The best thing to do, if you partake, is keep your weed and marijuana-laced edibles far out of paw's reach. 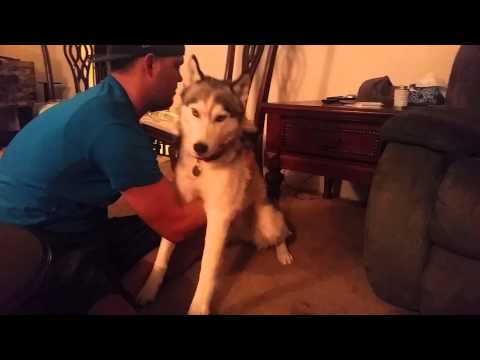