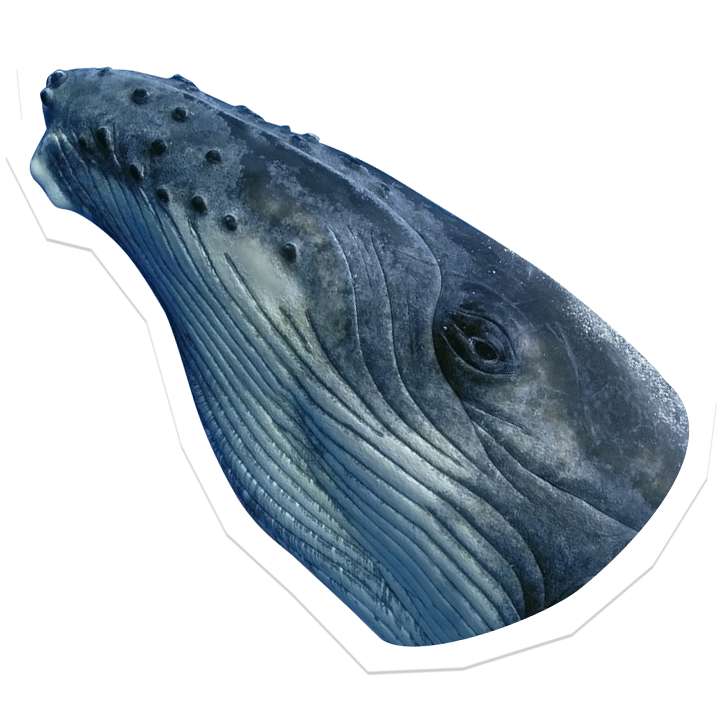 Whales are some of the largest animals on Earth — blue whales can grow to be more than 100 feet long and 300,000 pounds! — so it’s not surprising we’re so fascinated by them. But whether they’re big or small, whales are also known for their impressive intelligence and complex emotions.

Here you can find some of the best Dodo stories about whales — from incredible wild encounters, to stories about how you can help protect whales in the wild.

Want to know more about how to help?
These gentle giants are facing a number of threats from humans, leaving many species endangered or threatened. One of these threats is hunting. While the International Whaling Commission has banned whaling internationally, some countries — like Japan, Norway and Iceland — have ignored the ban and continue to kill hundreds of whales each year, including minke whales and threatened species like fin whales.

Whales are also at risk from the fishing industry. While industrial fishermen don’t target whales intentionally, they are sometimes caught in fishing nets as bycatch. Whales are also often entangled in discarded fishing gear — known as “ghost nets” — that fishermen leave in the ocean, which can injure them and impair their swimming.

Unfortunately, while people’s love of whales has helped raise awareness around the issues they’re facing, it’s also created a demand for cetaceans at amusements parks like SeaWorld, which is home to several orcas, also known as killer whales (while orcas are technically dolphins, they’re colloquially called whales). SeaWorld orcas are kept in tiny tanks and prohibited from engaging in many natural behaviors, and the stress significantly shortens their lifespans.

Did you know?
In the wild, some orcas can live to be 90 or even 100 years old, and many whale species have lifespans equivalent to humans’ or longer — the bowhead whale has an average lifespan of 200 years!

Check out the stories below to find out how you can get involved.

You Can Actually Stay In These Giant Animal-Themed Hotels

Want to sleep in a giant horse? 😱😍

They refused to give up until the pod was safe ❤️️

The most epic whale encounters 😍🐳

Animals Trapped In Fishing Nets Get Rescued Just In Time

Why does this keep happening?

Diver Finds Himself Inside The Mouth Of Massive Whale

"I'm sure it was a surprise for the whale as well."

Look At This Majestic Snout

Subscribe to The Dodo Oops! Hooray!
Sign up for your daily dose of animals Looks like that’s not a valid email address Looks like something went wrong. Please try again later. Looks like this e-mail is subscribed already. Try other one. You’ve been added to our list, you’ll be hearing from us soon