Cameras have instrumental in documenting the natural behavior of some of the world's most elusive animals -- though sometimes they do catch something else: the earth-shattering moment they seem to realize that they're being watched.

Just watch as this ferociously furry Pallas's cat at a wildlife park discovers the camera placed outside his den then move in for a better look. 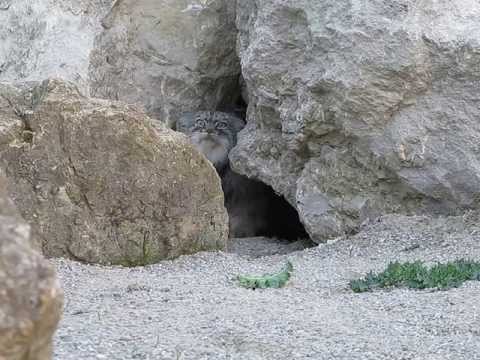 These small felines, standing roughly the same size as a domestic house cat, are notoriously shy in their mountainous habitat high in the Himalayan mountain range. Footage gathered from camera traps is often the only evidence researchers have to go on that they are actually there.

In fact, just earlier this year, these majestic little Pallas's cats was discovered living in Nepal for the first time ever -- offering tantalizing clues that the notoriously shy species' range is larger than previously thought.

UPDATE: As some readers have pointed out, the video above was not captured in the wild, but rather at the Port Lympne Wild Animal Park in Kent, England.