UPDATE (April 28, 2016): Kristen Lindsey's hearing ended this week. It may take several months for the board to decide whether she is going to lose her license for good. For the latest, click here.

UPDATE (October 1, 2015): Because Kristen Lindsey has rejected the board's order she technically still has a license. According to Tiger's Justice Team, the board will argue the case before an administrative law judge to get Lindsey's license to practice permanently removed.

Tiger, the cat who was shot and killed with a bow and arrow in April, is finally getting the justice he deserves.

When a veterinarian posted a horrific photo to Facebook and bragged about the cat being her "first bow kill," the case of animal cruelty gained worldwide attention and people feared that the act would go unpunished. Since then, people have been tirelessly following the aftermath of the killing of a white and orange tabby named Tiger.

When a grand jury decided in June not to bring the vet, Kristen Erin Lindsey, to trial, it seemed like anyone could just shoot a cat and get away with it. But in August, the Texas Board of Veterinary Medical Examiners (TVMEB) ruled that Lindsey did indeed break its rules - and Tiger advocates crossed their fingers that this would mean she would get her license revoked.

Thursday, Tiger advocates got the news they've been hoping for for months: The TVMEB voted to revoke Lindsey's veterinary license, Tiger's Justice Team News Page wrote on Facebook, in what the Justice Team is hailing as "A VICTORY FOR TIGER!"

"Today's victory for Tiger is a result of a world wide effort to bring justice to an innocent little cat who was heartlessly killed by Kristen Lindsey," a representative for Tiger's Justice Team told The Dodo. "Tiger's Justice Team is grateful to the Texas Board of Veterinary Medical Examiners for their decisive action. We are thankful to everyone who played a part in this quest for justice."

The recent victory is caveated with a cautionary note: "This is not the end however. Not surprisingly, Lindsey rejected the board's decision," the page announced, explaining that the case will be referred to the State Office of Administrative Hearing (SOAH). "There remains much work ahead as the legal case proceeds to SOAH," the announcement said.

Tiger's Justice Team will keep supporters updated as information becomes available. In the meantime, please take a minute to write a note of thanks to the TVMEB for its diligent efforts to get justice for Tiger and revoke the license of Kristen Lindsey.

Nothing can bring Tiger back to life, but victories like this make his death a little less painful. Write a note to thank the board here. And keep fighting for justice for Tiger.

Watch a video of sweet Tiger below. Rest in peace, little guy. 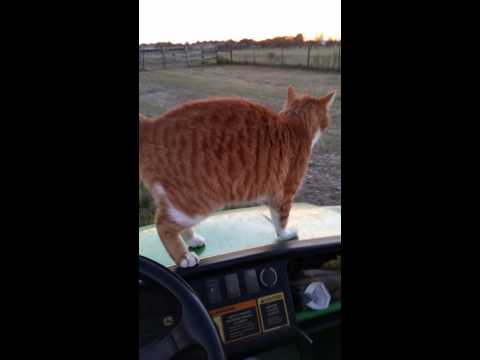