Veterinarian Locks Himself In A Hot Car — On Purpose

You know the drill: If it's a summer day, don't leave your dog alone in the car, even for a few minutes. But despite the yearly warnings from animal welfare groups, every year, all across the country, dogs overheat and die after being left in the car by people who think that the warnings are overblown ... or by people who don't think at all.

So one veterinarian decided to spread the message in a dramatic way - by locking himself in a hot car for 30 minutes.

Back in 2012, Dr. Ernie Ward filmed himself sitting in a parked car on a typical summer day in South Carolina - with all four windows very slightly open. At the start of his experiment, his thermometer read 95 degrees.

At only 10 minutes in, Ward was drenched in sweat. The thermometer had risen to 106 degrees, with no breeze at all in the car.

"It's just getting to the point now where I can barely stand it."

At 25 minutes in, roughly the length of time it might take for a quick stop at the grocery store, Ward was clearly feeling the heat. The thermometer had reached 113 degrees, a dangerously high temperature for a dog - and for a human. Ward was feeling desperate.

By the end of the experiment, after 30 minutes in a hot, parked car, the temperature was 117 degrees. Ward made it, but he acknowledged that he had the benefit of being able to sweat - something dogs can't do - and knowing that he was in control of the situation.

A dog trapped in a hot car would feel the same heat and desperation that Ward did, but a dog would also be scared, confused and unable to free himself.

"You can make all the excuses you want. You can say it will just be for a second, I'm going to leave the windows cracked, it's a breezy day, it's not that hot - but those excuses are meaningless unless you have sat in that car during that same time."

As Ward said after 25 minutes in the car: "This kills, and it's a lousy way to die."

During the summer, dogs should never be left alone in a car. According to the ASPCA, "on a 78-degree day, the temperature inside a parked car can reach 160 degrees. Even with the windows cracked." 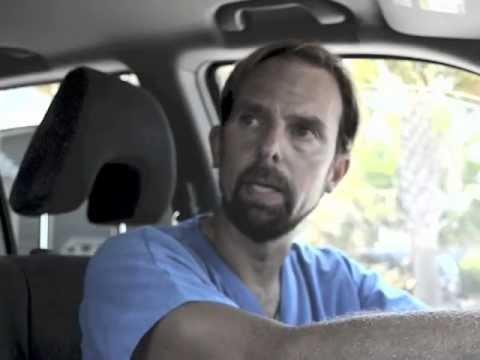