Vervet monkeys are highly intelligent, highly adorable primates native to eastern and southern Africa. The Vervet Monkey Foundation is a South African organization that provides sanctuary and rehabilitation to orphaned and injured vervets - including Chokurei, a vervet who was found injured in the wild.

Chokurei was spotted with a bell tied around his neck so tightly, the rope was cutting into his skin.

After a week of attempts, the Vervet Monkey Foundation captured Chokurei and cut the cable free.

Then they treated the wounded skin on his neck.

They set the trap down amid some trees and opened the hatch, letting Chokorei bound back into the treetops - free and healthy!

As Debbie Leahy, manager of captive wildlife protection for the Humane Society of the United States, told National Geographic when asked about pet monkeys, "No primate species should ever be kept as a pet. They have very special needs. These are highly social animals. They need to be kept with others of their own kind; that's just critical to their psychological well-being."

Vervet monkeys have a lot of similarities with humans - including anxiety, which has been documented in peer-reviewed papers by Dr. Lynn Fairbanks of UCLA.Visit the Vervet Monkey Foundation's website to learn more about donating or volunteering to help save vervets. 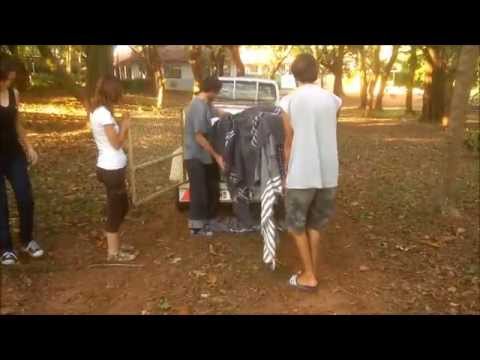