One Of Africa’s Oldest Elephants Rescued After Poaching Attack

A 45-year-old elephant was nearly felled by poachers wielding spears on the African savannah. But thanks to the quick thinking of rangers and wildlife veterinarians, the iconic animal, known in Kenya as "Tim," is still roaming the plains.

When reports that Tim was wounded in Amboseli National Park reached rescuers at the David Sheldrick Wildlife Trust, vets flew in a helicopter in search of him. Once they found him, the vets tranquilized the elephant so they could take a closer look at the wound.

They found the evidence of a savage poaching attack: a deep gash created by a spear.

The wound was cleaned, and Tim was given antibiotics and a revival drug.

Soon enough, he was back on his feet, bearing the mark of his poaching attack - but still alive. See the entire rescue below: 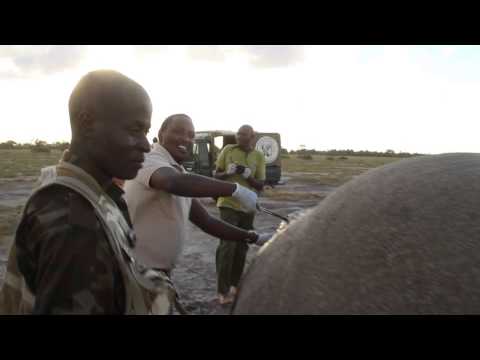 Tim is known far and wide for his age and impressive stature. As noted conservationist Carl Safina wrote for The Huffington Post, he's one of the oldest elephants, having survived the poaching epidemic that's taken many of his peers in the past few years. Born in 1969, Tim has sired many calves and is a living reminder of the longevity of wild elephants.

Tim's massive tusks, each over 100 pounds, make him a walking target for poachers, who seek to sell his valuable ivory. See this page for more information on how to end the ivory trade and protect animals like Tim.