Live Goat Given To Tiger As Food ... And They Become Best Friends

He's hunted numerous goats before, but when zookeepers placed one nameless goat in his cage as live food earlier this week, Amur the Siberian tiger decided to do something different.

"Nobody taught the goat to be afraid of the tiger. So, Amur decided not to mess with the fearless goat, and didn't eat it," the park wrote on its website.

Located in Primorsky, Russia, the Far East Safari Park has given goats and rabbits to Amur about twice a week, but he's never acted this way before to an animal who was given to him as food.

They've since befriended each other. And now that it seems the goat will stay for longer than expected, the astonished zookeepers have given him a name: Timur.

Now, Amur and Timur rarely leave each other's side in the zoo's compound.

Since his newfound friendship, Amur has eaten raw meat rather than living food, but nobody knows if or when he'll switch back. Meanwhile, Amur's been acting defensive of his goat friend.

On Thursday, one of the zookeepers shared a tense moment with Amur. "[He] hissed at an employee who feeds the tigers, as if to tell him, 'Hey, don't you ever approach my friend.' Before that, he never showed any aggression towards staff," the zookeepers told RT.

It goes to show that animals don't just need food, water and space to move around. Sometimes, they need a friend too. 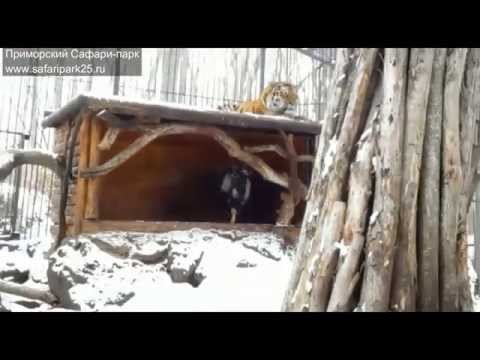 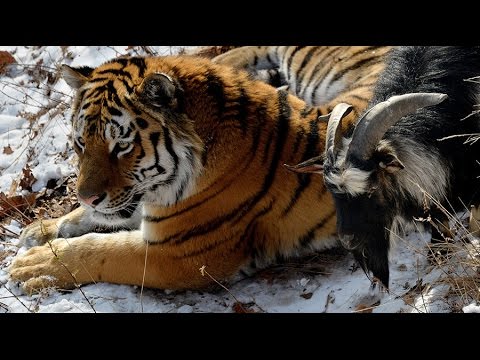 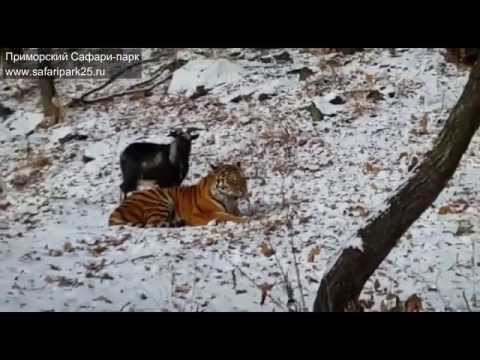