For The First Time, Wild Chimpanzees Spotted Learning From Teachers

Scientists have watched chimpanzees craft tools - turning sticks into spears and stones into hammers - since Jane Goodall's research in the ‘60s. But for the first time, primatologists say they have documented wild chimpanzees learning how to use a new tool.

To chimpanzees, a hunk of moss or a leaf is more than just a piece of plant matter - like hairier MacGyvers, they can repurpose these leafy bits as sponges to soak up water. But they're much more likely to create these sponges if they watch a teacher ape, according to a new report in the journal PLOS Biology.

"Our results provide strong evidence for social transmission along the chimpanzees' social network, demonstrating that wild chimpanzees learn novel tool-use from each other," states William Hoppitt, a zoologist at Anglia Ruskin University in England, "and support the claim that some of the observed behavioural diversity in wild chimpanzees should be interpreted as 'cultural'." 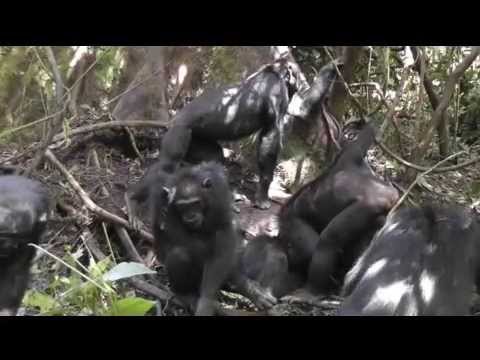 Each time chimpanzees watch someone else soak up water with a mat of vegetation, they're 15 times more likely to use their own sponges later, the team of Canadian and European researchers estimate. They were alerted to the trend after observing a 29-year-old alpha male chimpanzee, named Nick, who crafted a sponge out of moss. Nick, in turn, was being watched by Nambi, a female chimp, who spread the behavior to a total of seven apes in Uganda's Sonso chimpanzee community over the next week.

Primatologists call leaf-sponging a "universal behavior," in which chimpanzees of all ages will drink water from leaves. It's a tool use that dates back decades. But this group of apes didn't develop the new sponging behaviors - reusing old sponges or mixing together leaves and moss - until November 2011, giving the researchers the chance to watch as the techniques spread from chimp to chimp. 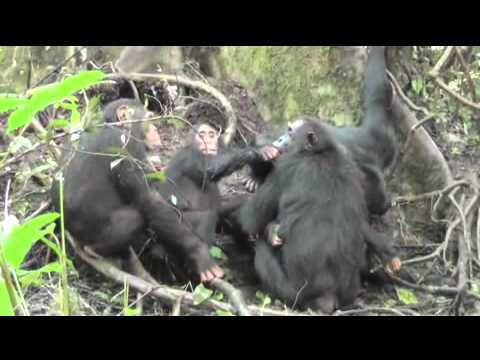 "This study tells us that chimpanzee culture changes over time, little by little, by building on previous knowledge found within the community," says University of Neuchâtel researcher Thibaud Gruber in a statement. "This is probably how our early ancestors' cultures also changed over time."