So after saving his money for over a decade, he bought a van and turned it into a unique ambulance service that takes hurt and homeless dogs in Pune, India, to veterinarians for treatment.

"At first, I was a little afraid of dogs," Balu told Open Road India. "Now this is my life, I cannot leave this. I will keep doing this forever."

In addition to driving the ambulance, Balu takes care of sick dogs and cats in his home, dressing their wounds and giving them medication. To fund the operation, Balu says, he charges pet owners around 15 cents a mile to drive their animals to the doctor.

"I keep 5 to 6 stray dogs at home - some with broken legs and paws - if there's no room at shelters," said Balu.

Despite his kindness, however, Balu says not everyone appreciates the work he does for the homeless dogs, which are often seen as a nuisance.

"A lot of people love what we do, but some people don't like me helping strays." 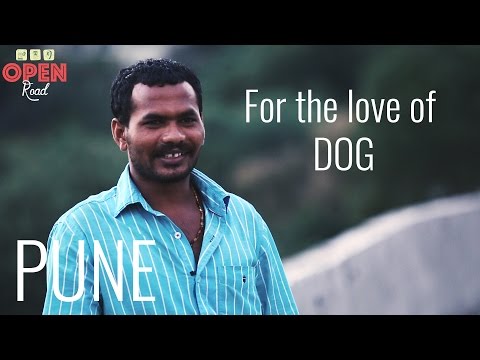 Correction: A previous version of this article misstated the city Balu lived in. He is a resident of Pune, India.