Tigers Forced To Jump Through Flaming Hoops At Popular 'Zoo'

A tiger stands on a small platform, three rings of fire hovering in front of him. He hesitates for a second, and then, realizing he has no choice, jumps.

He somehow soars through all three rings, though just barely.

As if that weren't enough for the audience, more tigers line up to perform the exact same trick.

This is life at the Sriracha Tiger Zoo, in Pattaya, Thailand, home to tigers and other animals who are trained to perform unnatural tricks - and in the process face unimaginable cruelty. In fact, it would be impossible for wild animals, such as tigers and elephants, to "learn" the tricks without beatings or physical abuse.

Living conditions at the zoo are also crude: A 2010 report by World Animal Protection (WAP) found that 99 percent of captive tigers in Thailand lived in "inadequate or severely inadequate conditions."

"I revisited the [Sriracha] zoo in 2013, and it remained deplorable with multiple tigers in a single exhibit," Roberts tells The Dodo. "Enclosures are small and have concrete flooring and bars. Multiple tigers in the cement water pool led to animals fighting. It is absolutely unacceptable."

Roberts first visited Sriracha in 2004, and at the time described the "debilitation and fear" of the animals:

All of the animals awaited their turn to perform in a gated tunnel, keepers constantly poking them with a steel pole through the iron mesh. The animals in the show were smacked in the face with the pole fairly regularly and most seemed to have drastic weakness in their hind legs. It was a painful display to watch.

A video posted to YouTube in 2013 shows some of the tigers whose enclosure is a sort of shooting gallery: The animals languish on the concrete while the tourists shoot "guns" at pieces of metal strung high above the tigers. There is a constant clinking from the pulling of the triggers. Occasionally a visitor hits one of the targets, and a piece of food falls into the tigers' pit.

Roberts says there are likely between 400 and 500 tigers at Sriracha, but there may be additional animals who are not on display and used for breeding and shows.

And WAP has previously estimated that as many as 100 tiger cubs could be born at Sriracha each year.

In one YouTube video, a tiny cub is grabbed by the neck, and then his handler quickly shoves a bottle in his mouth as he's handed to tourists.

Full-grown tigers are used as well. "Adult tigers used for selfies are constantly restrained by chains and made to lay still for hours at a time," Schmidt-Burbach adds.

Sadly, the cruelty is not limited to tigers. The elephants housed at the zoo also learn absurdly unnatural behaviors - like giving tourists rides.

Other animals are put into situations that are undeniably dangerous, like this crocodile who has been taught to allow a performer to rest her head in his mouth.

In one video, a woman squirms as a baby crocodile is put in her hands. A larger crocodile is hoisted up by a handler who tries to place him on the tourists' laps - when he doesn't want to go, they try again four or five times, swinging him back and forth.

However, after years of suffering, help may finally be on the way.

In June, Thai authorities confiscated 100 animals from Thailand's famous Tiger Temple amid allegations of wildlife trafficking. Following that crackdown, officials announced that they would inspect 30 more zoos, including the Sriracha Tiger Zoo.

But so far, it's unclear what action, if any, has been taken - and it's important to note that the zoo is still listed on the country's official tourism site.

"Although the zoo was being looked at after being implicated in the sale of more than 100 tigers to China, there is little evidence of charges being laid," Roberts says.

Schmidt-Burbach says WAP is in close contact with the authorities in charge of the investigation, and that ideally they'd see "a permanent breeding ban of captive tigers in private facilities in order to phase out this cruel industry that only exists for commercial profit."

The Sriracha Tiger Zoo did not respond to The Dodo's request for comment.

You can learn more about tigers and other wild animals used in tourism in Thailand here. The best way to stop the use of animals in entertainment and tourism throughout the world is to not support it.

"If you can hug, ride or take a selfie with a wild animal, chances are cruelty is involved - so don't do it," Schmidt-Burbach says.

You can watch more of what goes on at the Sriracha Tiger Zoo below: 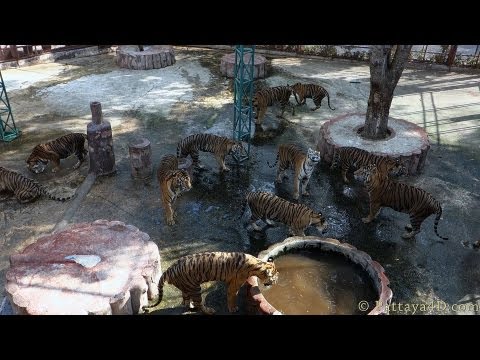 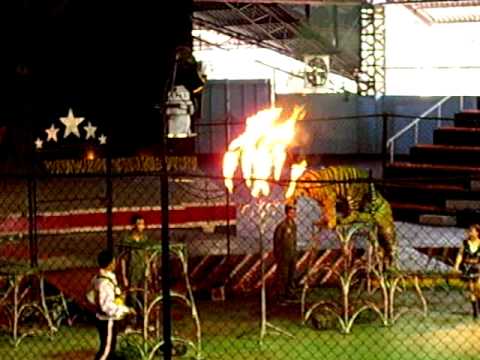 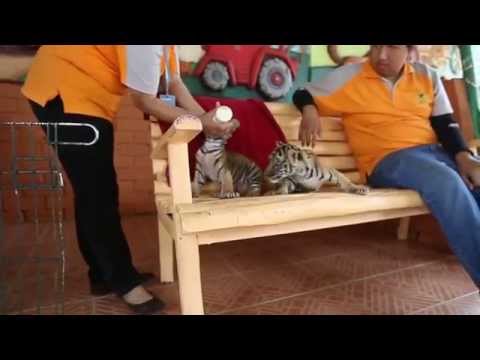 Correction: A previous version of this article said that elephants at the Sriracha Tiger Zoo ride tricycles. However, according to World Animal Protection, they do not ride tricycles, but do give rides and do other tricks.