YouTube user Steve Barley recently ran across the up-and-coming animal celebrity after building a movie-themed obstacle course in his backyard. With the camera rolling, the deft little rodent is seen leaping into action, surmounting various film-inspired hurdles in her path to claim her reward of nuts.

Amazingly, she did it all with an injured paw! 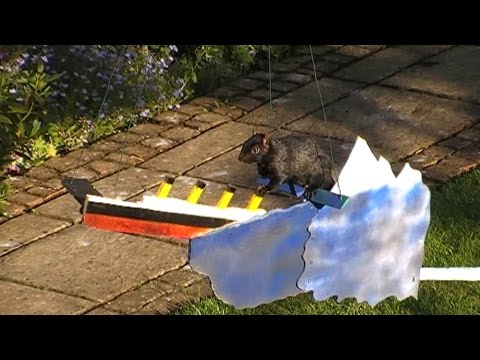 Sure enough, the story gets even better yet. A couple of weeks later, Barley caught back up with Nutalie to find that her paw had healed back to normal.