In a clever twist on a less-than-humane tradition, one village in central Spain has decided to give bovines a break from its annual "running of the bulls" festival - replacing agitated animals with large, rolling balls which are set loose to chase residents down the town's narrow streets instead.

Mataelepino, like many Spanish towns, had once hosted a typical running of the bulls event, but that all changed five years ago when budget constraints meant there was no money for real bulls. As an animal-friendly alternative, village leaders proposed a ball-run, or "boloencierro", an event that's a tad reminiscent of one famous scene from Indiana Jones.

While participants in the ball-run needn't be worried about getting gored by an angry animal, the boloencierro hasn't eliminated the risk of injury that gave thrill-seeking bull-runners a sense of excitement. According to event organizers, the 9-foot-diameter ball weighs around 330 pounds. 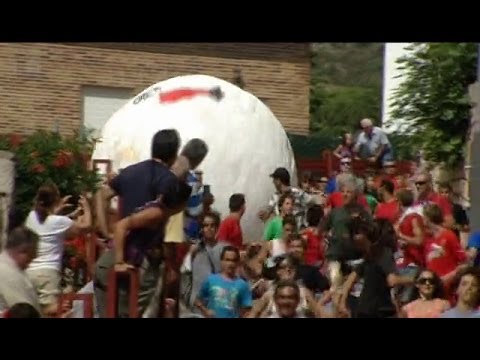 Mataelepino residents seem more than happy to have taken such cruelty out of their village's annual festivities. The Metro quotes one local as saying "People don't want to see frightened animals running for their lives any more. Many of the animals were hurt or traumatised and it wasn't fair on [sic] them." 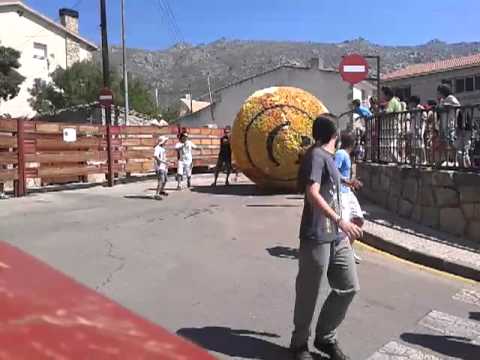