It's a heartbreaking trend, and it's killing more dogs every year.

Puppy mills are bad news, and everyone knows it - well, almost everyone.

In an era when many cities have ruled that pet stores are no longer allowed to sell dogs bought from these mega-breeders, it seems progress is really being made toward a more humane understanding of our pets and where they come from.

But one country just announced a plan that would go backwards, encouraging an industry that sells "teacup puppies" to up its production and sell them online.

A new plan in South Korea would make it much easier to run a puppy mill - the government is actually encouraging it with financial incentives - because President Park Geun-hye thinks it will help boost the economy.

People who have been working for years toward a better future for animals in the country are heartbroken by the move.

"This is ridiculous considering there is virtually no rescue culture here and the shelters, already underfunded and managed, and stuffed full," Shannon Milojkovic, who lives in South Korea and volunteers at animal shelters, told The Dodo. "Public shelters allow 10 days to each animal to be adopted before being euthanized. Animals surrendered by their owners are euthanized the same day."

"We really thought that puppy mills would be banned," AJ Garcia, president of Coexistence of Animal Rights on Earth (CARE), told The Korea Observer. "If not banned, there would be a lot more regulation. That's what we were led to believe."

Garcia was hoping to use the animal-loving momentum to then tackle Korea's dog meat industry - and that dream has been shattered. "Everyone's just as upset," Garcia said.

The move comes after a Korea Observer investigation showed the terrible squalor of these places where dogs are bred over and over so people can sell their babies. 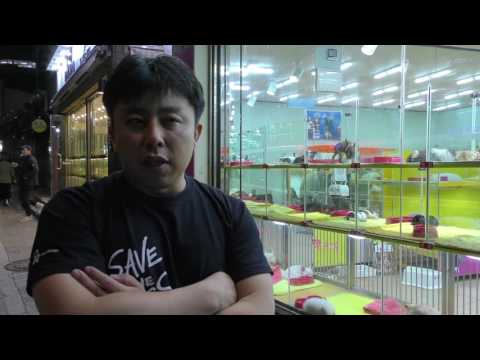 Teacup puppies are fad pets whose growth has been stunted by malnutrition and breeding, wreaking havoc on their health and life spans.

Not only that, the puppies are sometimes delivered through C-sections, so that they can be really, REALLY small, since they are delivered prematurely, according to the investigation. These operations are usually performed without anesthesia and by untrained workers.

"Any human being that watches footage from that expose and just watches those animals suffer - animals being artificially inseminated, spending their whole lives basically impregnated, giving birth, then impregnated, giving birth, stuck in a cage, 5 to 6 dogs in a cage in a tiny room - anyone who sees that, any human being with feelings knows that is wrong," Garcia said.

You can help make a difference by adding your name to a petition against the expansion of South Korea's puppy mills, or by calling the South Korean embassy in your country. To donate to help dogs rescued from Korean meat farms, click here.