Should You Let Your Dog Sleep In Your Bed?

If our long, complicated history of sharing a bed with animals was a great American novel, it might be called "The Sound and the Furry."

And it would be a polarizing read. Maybe even the kind that keeps us up all night.

On one side, there's the sound. Dogs snore and yelp. Cats emit a medley of mixed-up mewlings and whispers about world domination. It can add up to serious sleeplessness. (And, in the case of cats, acute paranoia.)

Then, there's the furry. Rich, warm fur wrapped around a heart that, you know, beats for you.

But in the end, says a researcher at the Mayo Clinic, fur conquers all.

A new study from the school's Center for Sleep Medicine suggests people who share their beds with pets sleep better.

For the study, conducted at the Scottsdale, Arizona, clinic, Dr. Lois Krahn asked 150 patients about their pets and their sleeping habits.

Among the 56 percent of participants who share their bed with a cat or dog, only about 20 percent of those say their pets disturbed their slumber.

On the other hand, 41 percent said they actually slept better with their best pals.

Animals were cited as a source of relaxation and security in the bedroom.

Earlier research from the Mayo Clinic suggests pets can be a problem in the bedroom. In the 2014 study, around 10 percent of the clinic's patients reported that their snoring, yelping, twitching bedmates were effectively sabotaging their sleep - that's a surprising surge from the mere 1 percent of patients who blamed their pets in a 2002 study.

"The study determined that while the majority of patients did not view their pets intolerably disturbing their sleep, a higher percentage of patients experienced irritation," said Krahn, the psychiatrist who also authored the 2014 study.

The most recent stats from the American Veterinary Medical Association peg the number of pet dogs in America at around 70 million. That number, according to a more recent survey, is now closer to 80 million.

The point is we're awash in animals. And, speaking of awashing, we should point out another reason why some people are just not into sleeping with their pets.

As active, rugged outdoorsy types, dogs (and some cats) tend to get pretty befouled. In a thoughtful article from Wired, writer Maryn McKenna traces the uncertain health odyssey we embark on when we bunk with animals.

While sleeping with your pet could make you sick - Chagas' disease to cat-scratch disease are known threats - the actual number of infections are relatively rare.

(The Centers for Disease for Disease Control and Prevention offers a handy tip sheet for not catching heebie-jeebies from our best furry friends.)

It's fairly common knowledge, too, that people who suffer from allergies or asthma shouldn't be sharing a bed with their pets.

Dogs and cats, of course, don't have a clue what they're bringing to bed. Whether it's on or off the bed, the key is always consistency. But if they're clean and you've got no allergies, then why not be consistently kind? Consider it payback for the millions of animals in America and Canada who experience anything but human kindness.

So what if they snore?

"One patient owned a parrot who consistently squawked at 6 a.m.," Lois Krahn of the Mayo Clinic said, regarding to the 2014 study. "He must have thought he was a rooster."

Roosters are cool too. 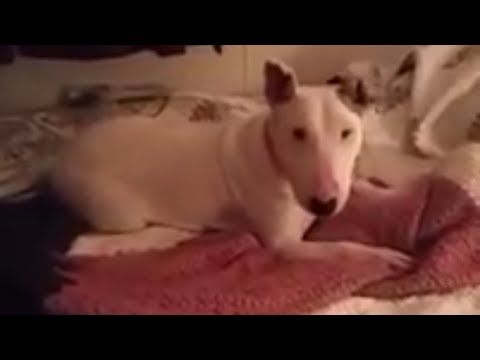