They've been like this for more than a year.

A recent video shows what appears to be a group of starving bears at a zoo in Indonesia - and according to one welfare group, they've been like that for months.

The clip, which was recorded last week at the Bandung Zoo, shows a troupe of emaciated bears pacing their enclosure. Their frames are nearly skeletal - one sways his body back and forth repeatedly, a sign of captive stress. 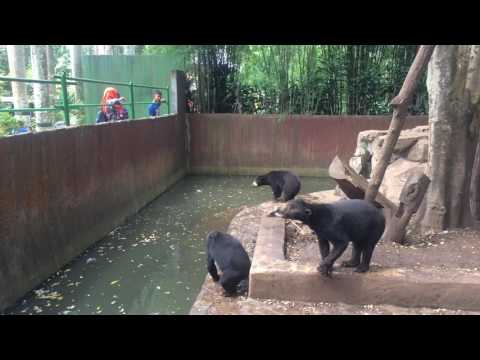 They appear to beg for food from visitors, making eye contact with the person holding the camera and even standing on their hind legs as they plead for pieces of fruit.

The video was recorded by the Scorpion Wildlife Trade Monitoring Group, an Indonesia-based welfare organization that monitors wildlife in zoos around the country. One of the team members who visited can be seen holding a papaya, which he breaks up and throws to the eager animals.

According to Scorpion, which called the zoo "horrific," the bears have been like this for months. The group has posted several videos over the past year of the same starving bears, and claims it's called upon the zoo to improve their welfare or shut down, to no effect.

In one haunting clip posted back in June, a skinny male bear can be seen stretching himself himself up to beg for food from visitors, his ribs clearly visible through his black coat. 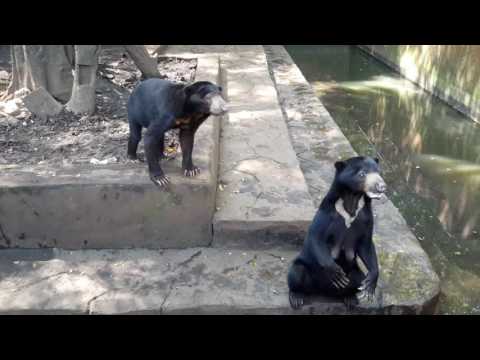 "Despite asking the authorities to help these bears and other animals at the zoo, they don't care and nothing is done," Scorpion said at the time. "So we feed them fruit each time we visit."

In a similar video from May, a frighteningly thin bear stands up with his arms out and begs as tourists throw him junk food, according to Scorpion. At one point, the bear's sad cry cuts across the happy chatter of the tourist families around him. 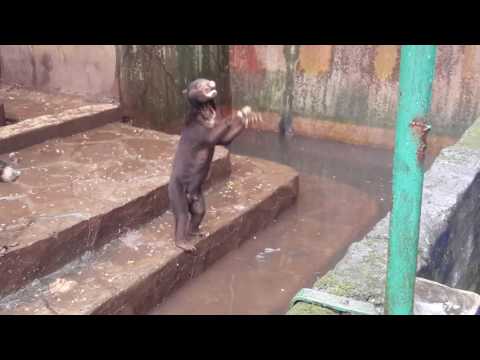 According to Scorpion, the group has been monitoring the bears - and asking officials to intervene - for more than a year. But wildlife laws in Indonesia are notoriously lax, allowing an international black market in exotic animals and a wave of subpar zoos like this one to thrive.

"Last year, Scorpion reported starving bears in Bandung Zoo," Scorpion wrote last week. "One of the bears ate his own dung. Scorpion was informed that this bear was under medical care but the Scorpion was not allowed to see it ... [This week] we found dirty enclosure[s] and bears here were looking hungry again."

Now, Scorpion is turning to the global community for help - in the hopes that collective pressure against the zoo will force it to improve the bears' welfare.

Want to help? You can click here to sign a petition asking officials to shut down Bandung Zoo. You can also make a donation to Scorpion to help monitor the bears and provide food for them when the group visits.