They can't even handle his cuteness.

Scientists were talking normal scientific stuff over live footage of the sea floor just off the coast of California.

"The forced feedback - it gives us a 40 pound to one ratio -," one scientist was saying.

"Can I just step in for a second?" another interrupted. "This is almost like a posed picture."

A striking image of a jellyfish floated across the screen, just above a tiny dumbo octopus.

"Do we want one more zoom on the dumbo before we take off?"

"Look at his little suckers!"

And in the bright light of the spotlight from their cameras, the little octupus did something so adorable: He wrapped himself up in his little tentacles to cover himself up.

Finally it was time to leave the little guy in peace.

"Anyway ... back to the forced feedback ... " one scientist continued, picking up where the talk before the octopus left off.

"I forgot I even asked that question."

Watch the full footage of the little guy here: 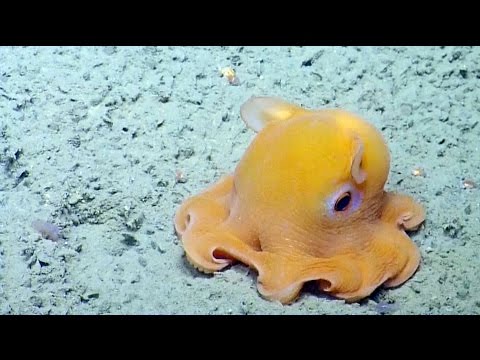