SeaWorld’s New Ad Is A Lie, So We Rewrote It To Be Accurate

SeaWorld's new ad campaign is a mess - so we fixed it for them.

Earlier this week, the company announced the first stage of its new marketing push, a campaign called "Meet the Animals" that involves introducing their audience to individual animals at the park. First up is Leon, a 9-year-old sea lion who is said to be known as "the close talker." 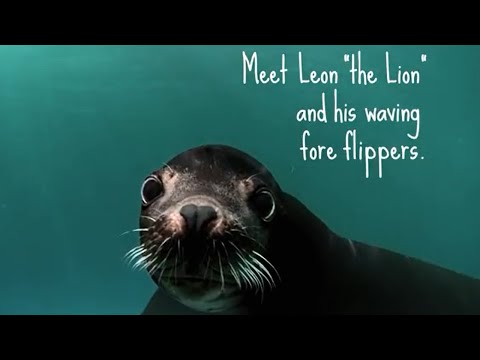 Void of information and filled with misleading statements, the ad is SeaWorld propaganda at its worst. So, we rewrote it for accuracy. Here's how SeaWorld's new ad should really read:

Leon is 9 years old and is about about as tall as a basketball player.

We won't tell you where Leon was born, but we don't like to talk about the way we got some of our sea lions, anyways.

It's possible that he was rounded up and captured in 2008, when 15 sea lions were taken from their colonies for lives in tanks. The roundups were conducted by government agencies in an effort to prevent "nuisance" sea lions from eating wild salmon. SeaWorld took six of the animals for its exhibits. If Leon was involved in the capture, he might have watched five of his family members die on the traps. Now, we breed many of our sea lions in captivity, so they know nothing but life inside a tank.

Leon will never have a chance to swim in the ocean's waves or catch a live fish.

Leon lives in a series of small tanks at SeaWorld, where he performs every day in front of cheering crowds for food. The tank, which can be seen from Google Earth, is a pinpoint in comparison to the open ocean.

Leon's tank water contains chlorine, which has been shown to cause eye irritation, cataracts and blindness in sea lions. According to former SeaWorld trainers, sea lions like Leon also have to sleep and walk around in their own excrement.

He should live in a 4,000-mile chunk of ocean off the California coast, where he's free to make his yearly northward migration to British Columbia to feed with his wild relatives.

Leon gets bored in his tank. He demonstrates this by expressing abnormal behaviors, also called stereotypic behaviors. These include head bobbing, swaying and chewing on his own flippers.

If he's unlucky, Leon could end up like another SeaWorld sea lion, who was killed in 2010 when an employee forgot to fasten a drain in her tank tightly enough, violating U.S animal welfare regulations.

Come meet "Leon the lion," before it's too late. Only here, only at SeaWorld.