17 Orcas Who Can’t Celebrate Mother’s Day, Thanks To SeaWorld

Breakfast in bed, flowers, a card, a phone call, a hug - these are some ways in which people honor their mom on Mother's Day. For the orcas at SeaWorld, however, there is little reason to celebrate.

Orcas in the wild live in close-knit pods, bonded groups of up to 30 individuals who often travel together for their entire lives (which, in the case of an orca named Granny, can last more than 100 years). Younger female orcas learn to bond with and care for calves by watching their own mothers and others with whom they travel. At SeaWorld, orcas have been torn away from their mothers for breeding purposes and to bring in revenue. Some mother orcas in captivity have been filmed screaming out in distress when their babies are taken. 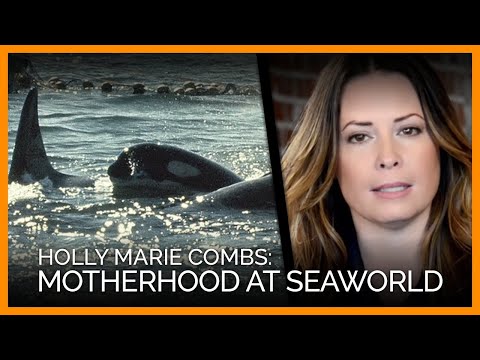 Below are 17 orcas who were separated from their mothers while in SeaWorld's possession:

Ikaika was born at SeaWorld Orlando. When he was 4-years old, he was separated from his mother and shipped to Marineland in Ontario, Canada. After just a few years there, he was moved to SeaWorld San Diego.

When Kohana was 3-years old, she was separated from her mother. The two are now kept on different continents. She, like other mother whales at SeaWorld who never properly learned to care for their young, rejected two of her own calves.

Skyla's mother, Kalina (now deceased), often helped other captive orcas raise their babies, perhaps because her own calves, including Skyla, were torn away from her and shipped around the world. After two years, Skyla was taken from her mother and relocated to Spain.

Kalina had the distinct "honor" of being the first orca born in captivity to survive to adulthood and was branded by SeaWorld as "Baby Shamu." She was separated from her mother when she was 4-years old, and in the span of only 16 months, she was hauled across the country three times to different SeaWorld parks.

Trua remained in Orlando, Florida, when his mother was shipped to San Antonio after just three years together. The pair were later reunited, only to be separated once more the following year.

Takara's mother, Kasatka, reportedly helped Takara deliver her first calf, highlighting the bond that orcas typically have in the wild. In the time since, SeaWorld not only separated Takara from her mother (after 12 years) but also took two of her own calves away from her.

Tekoa's mother never learned to care for calves properly, and those who survived were taken from her, including Tekoa, who after three years was moved to Texas and then to Loro Parque, where he's still kept today. After being bred repeatedly by SeaWorld, Tekoa's mother ultimately died from complications that arose during the delivery of a stillborn male calf.

Keet was born in Texas. SeaWorld separated him from his mother when he was a year old and seemingly decided that the best way to show the "care" that it touts was to relocate him over and over again to its various locations around the country.

Tuar was taken from his mother in Orlando, Florida, when he was 4-years old and shipped to San Antonio.

Unna spent six years with her mother at SeaWorld Orlando before they were separated. She reportedly spent time assisting her mother after the birth of her younger sibling, Ikaika. Unna was taken from her family and transported to San Antonio.

Katerina was separated from her mother, Katina (who was captured in the wild and separated from her pod), after two years. Katerina died before her 11th birthday, while Katina, who has had seven calves while at SeaWorld, lives at the Orlando, Florida, park with just two of those who have survived to adulthood.

After being born in San Antonio, Kayla's mother, who is now deceased, was moved to Orlando, Florida, after the pair spent a little less than two and a half years together. SeaWorld has since moved Kayla all over the country - to Ohio and Florida and back to Texas. Her own calf, Halyn, who died at only 2-years old, was torn away from her almost immediately after birth because Kayla, who didn't grow up in a pod with her family, rejected her, likely because she never had the chance to learn to care for a calf.

Splash was taken from his mother when he was 2-years old and moved from Marineland to SeaWorld San Diego. Some allege that Splash died from gastrointestinal complications that may have resulted from his consumption of large quantities of sand that came through his tank's filtration system, something trainers noted that he often ate. This unnatural fixation potentially developed as a result of the stress of perpetual confinement and boredom.

Sumar was raised by surrogate mothers after his own mother, Taima, attacked him when he was 6-months old during a live show at SeaWorld Orlando, likely because she had never learned to care for calves properly, as she would have in the wild. Before his death at the age of 12, Sumar's dorsal fin had curled, a phenomenon rarely seen in the wild but which is commonplace among male orcas held in captivity.

Taku and his mother spent 13 years together at SeaWorld Orlando before he was shipped to SeaWorld San Antonio, where he died 11 months later. Before separating Taku from his mother, SeaWorld allowed them to breed with each other - meaning that Taku's daughter was also his sister.

Keto spent time in all four of SeaWorld's parks before being shipped overseas to be held at Loro Parque on Spain's Canary Islands on an indefinite loan. His well-being doesn't appear to be much of a concern to SeaWorld - he was separated from his mother when he was 3-years old and is now the father of his own inbred half niece. Further highlighting the danger of keeping whales in captivity, in an incident that predated the death of SeaWorld trainer Dawn Brancheau, Keto killed Loro Parque trainer Alexis Martínez during training.

Orcas at SeaWorld are trapped in cramped tanks. They are inbred, and the babies are torn away from their mothers.

SeaWorld is a horrible place for orcas, who endure stress, boredom, and depression in captivity. In the wild, orcas live in large social groups, often spending their lives with their families. They're intelligent animals who swim up to 100 miles a day and dive hundreds of feet below the ocean's surface, but at SeaWorld, they're confined to tiny, barren concrete tanks.

Remember: Every purchase of a SeaWorld ticket contributes directly to the suffering of these majestic animals.

Be sure to share this page with your family, friends, and any mothers you know on social media today.