The online world is awash in cute, funny, mesmerizing, and yes, mundane, videos. In fact, around 100 hours are uploaded to YouTube alone every single minute. But while videos of giggling babies and prancing puppies are among the favorites, few clips are quite as entrancing as the internet's most celebrated creations: cat videos.

What is it exactly that makes feline footage so popular? Well, researcher Dr. Radha O'Meara from Massey University in New Zealand painstaking pored through hundreds of hours of cat videos online to find out.

Her conclusion? In short, it's because cats don't care they're being filmed - an especially rare thing these days, particularly at a time that we ourselves are a bit unnerved about being watched.

"Cats appear to perform oblivious to the camera. That seems quite a contrast to other similar videos online. Especially other ‘cute' videos ...things like videos of babies and dogs," says O'Meara, a lecturer in Media Studies.

"Cat videos are comparably much more popular and cats don't seem to acknowledge the camera at all and just do whatever they like, they are oblivious to it. I think that's really appealing to audiences who are so used to being under the gaze of the camera these days." 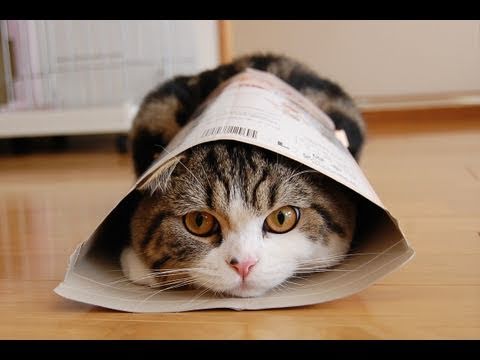 O'Meara believes that cat videos tap into two key pleasures: that it allows the viewer to imagine a world where we are not under constant surveillance, while at the same time allowing us to watch something else's life without upsetting it.

"Ultimately cat videos enable viewers to carry out their own surveillance, and we do so with the gleeful abandon of a kitten jumping in a tissue box," says O'Meara.

"This fits with popular discourses of cats as independent and aloof, untrainable and untameable. Cat videos employ a unique mode of observation: we observe the cat, which is unencumbered by our scrutiny."