A small cage used to be where Masrya spent a majority of her time.

These days, however, the lioness is treated like a queen at Emoya Big Cat Sanctuary in South Africa, alongside her adopted son, Nero.

"We followed Masrya's story from day one and she was the lioness who inspired us to do what we do," Minunette Heuser, Emoya's cofounder, told The Dodo.

"Imagine our surprise and delight when, years later, the very same lioness, with her new partner, [came into] our care," Heuser said.

As a young cub, Masrya was kept as a pet in Egypt. She was purchased from a street trader, who used her as a tourist photo prop - and in order to make sure she wouldn't hurt anyone while posing for photographs, she was declawed. But as Masrya grew older, bigger and stronger, it was no longer safe to let the young lioness roam freely, according to Spots & Stripes Conservation, which recounts her story on its website.

As a result, Masrya was confined to a small cage, and was kept outside and put on display along a busy street.

The lioness, who was about 2 years old at the time, had no opportunities for enrichment - all she could do in that cage was sit, stand and watch the world around her go by.

But all of that changed in July 2012, when a young German woman noticed Masrya, trapped in her cage with no chance at freedom - and decided to do something about it. The woman, named Saskia Berndt, set the wheels in motion for Masrya to be rescued.

With fundraising assistance from the Spots & Stripes Conservation group, based in the U.K., Masrya was taken in by the Stichting Leeuw Lion Foundation in the Netherlands. Masrya was found to be generally in good condition and kept in clean (although not ideal) conditions, according to Spots & Stripes. She also showed no signs of fear or aggression toward humans - most likely a result of her living among them for so long. Wild lions are typically shy animals and mostly avoid humans.

Masrya arrived at Stichting Leeuw in February 2013. At last, she was able to wander freely within her enclosure at the lion foundation and feel grass underneath her paws for the first time.

Her next-door neighbor happened to be a 4-month-old male lion cub named Nero.

Nero was rescued from a French circus, where he was also kept in a small cage and used as a prop for photographs.

When Stichting Leeuw decided that Masrya ought to return to her native Africa, it went without saying that Nero would accompany her.

Emoya Big Cat Sanctuary, which most recently became home to 33 other lions , was more than glad to give both of them their final home.

Nero has since grown up to become one handsome lion.

But he and Masrya remain as affectionate toward each other as ever.

Together, they're finally getting to live the lives they deserved from the start.

Watch Masrya and Nero's incredible journey from the Netherlands to Africa below: 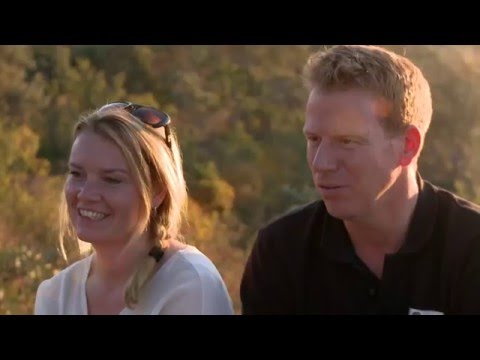