Whole Families Of Rays Are Being Killed For A 'Contest'

"As they were dying, they gave birth as a last chance to get their babies out, who were killed themselves."

Every year, groups of cownose rays swim up from Florida to the Chesapeake Bay to give birth - and the vision of the animals is truly awe-inspiring.

"Cownose rays glide peacefully below the water's surface like so many kites against the sky, adding to the beauty and mystery that draws people to the ocean," Jeff Pierce, legislative counsel for the Animal Legal Defense Fund (ALDF), told The Dodo in a statement. "Researchers have shown that these rays are actually very intelligent, that they have preferences and ideas of their own."

But in recent years, some of these magnificent rays have met the cruelest fate.

Hunters, armed with bows and arrows, board boats and shoot the rays in the water - all for a contest called the Battle of the Rays. Those who don't die instantly are clubbed in the head.

Because the contest takes place in birthing season, most of the rays killed are pregnant and about to give birth. Cownose rays carry just one baby at a time, so there are concerns about the impacts on the ray population. Not only that, the sheer violence of the contest seems needlessly cruel, according to witnesses.

The killing of the rays was originally promoted by a now-debunked theory that fewer rays would help increase the dwindling oyster harvests. The state of Virginia even started a campaign (with tax dollars) to promote killing the rays for food - except the rays taste like urine, some say.

The ray killing contests continued because enough people wanted to kill the animals and throw them back into the water just for sport.

In 2015, Maryland-based Fish Feel asked Showing Animals Respect and Kindness (SHARK) to film one of the cownose ray killing contests. "The video we captured that year, and in 2016, featured animal cruelty so violent and vicious that it brought international condemnation down upon these contests and spurred more than 146,000 people to sign a petition against them," Stuart Chaifetz, an investigator for SHARK, told The Dodo.

Chaifetz saw firsthand how the cownose rays were beaten to death and dumped into the river when the contest was over. Chaifetz told WBALTV in 2015, after filming so many mother rays getting shot: "As they were dying, they gave birth as a last chance to get their babies out, who were killed themselves."

Video of the 2015 contest was viewed by Maryland state senator Ron Young, who decided to do something about it.

"They shoot them, they pull them up, they beat them with a baseball bat, they throw them in a barrel and [the rays] suffocate, and then they dump them back in the water. It's just very inhumane. I don't think we should treat any live species that way," state Sen. Ron Young told WBALTV.

Young drafted Senate Bill 268, which would make contests like the Battle of the Rays illegal. It has garnered the support of ALDF, among other animal rights groups.

You can write to your representatives about supporting a bill that would end these cruel contests, or you can write to the Maryland Office of Tourism and tell them what you think. You can also sign a petition to save the rays.

A Facebook page for the Battle of The Rays did not immediately reply to The Dodo's request for comment.

Update: After The Dodo published this article, Mike Hutt, executive director of the Virginia Marine Products Board, the marketing arm for the Virginia Seafood Industry, told The Dodo that the rays do not taste like urine, when prepared correctly. "It tastes like what you put with it," Hutt said.

Update: The Maryland Senate voted 46-0 to put a two-year moratorium on the cownose ray fishing contests until a study of ecosystem impacts could be completed. 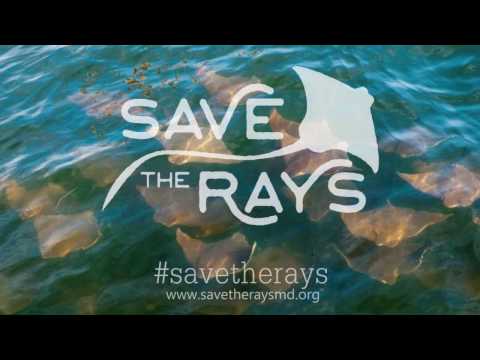