Plastic Bags Of Live Chicks Are Being Sold As Kids' Toys

According to The Daily Mail, Thailand tourist Gina Jones was surprised when she spotted a bright pink chick running around on the sand. She watched as he ran back to a nearby truck - where there were several plastic bags of colored baby birds.

"The other little chicks inside the bags tweeted back [to the pink chick]," she said. "A few pecked to try and escape but the plastic bags were tied." 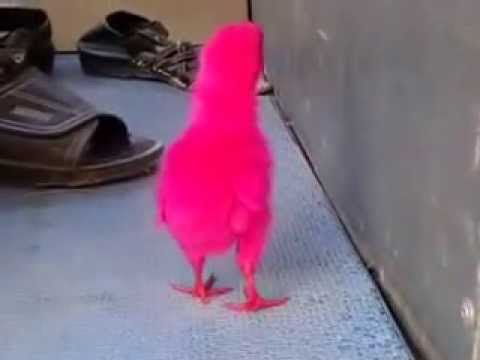 There were also several empty plastic bags, indicating that most of the chicks had already been sold. When Jones tried to untie the bags a group of children came up, grabbed the pink chick and tied him up as well.

"The poor little chicks must have been incredibly hot," Jones said. "They looked as if they could hardly breathe." 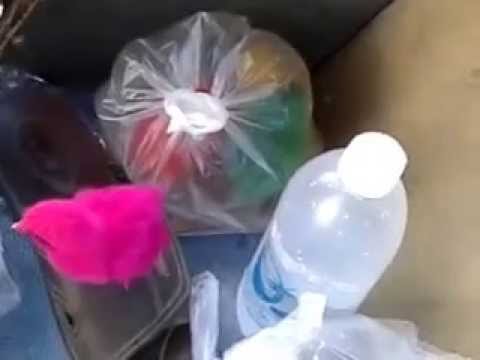 Unfortunately, colored baby chicks aren't uncommon. While they birds aren't always packaged in plastic bags, the dubious practice can be found around the world. Here are some from Indonesia ...

And of course, they're also found in the U.S., where dyed chicks have been an Easter tradition for decades. While the practice has begun to die out in recent years - and is even illegal in some states - they're a common spring sight in some areas.

The dye is either applied after birth or injected into the egg; the latter method causes no known harm to the developing chicks and wears off in a few weeks. But the bigger issue is that they're being marketed as toys, usually sold to eager children who have no idea how to care for chickens. If the chicks survive the high heat and the lack of food, water and oxygen, they often face brief and brutal lives - or end up being eaten.

Earlier this year, Woodstock Farm Animal Sanctuary took in a bright blue chick that a local church had given to a child as a raffle price. "These babies never meet their mothers, which is a tragedy because hens are such loving and devoted moms," the sanctuary wrote. 'Many end up as 'pets' for children who can't care for them properly. Most of the chicks die quickly after being purchased, so it is also a traumatic experience for the child."

Of course, some people argue that the practice isn't much worse than the fate of male chicks in the egg industry, who are ground up just hours after hatching. But regardless of which is worse, the trend of selling animals as toys isn't a kind one.

You can click here to sign a petition calling for the end of Thailand's dyed chick industry. And if you haven't had your fill of horrible animal toys, click here to read about the mind-boggling live keychain trend.