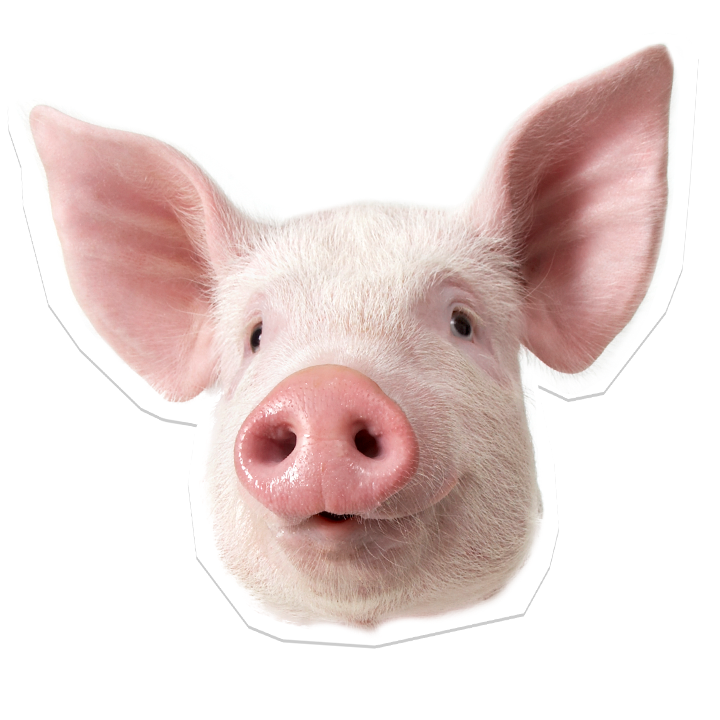 Adorable, snuggly and wildly intelligent, pigs are growing in popularity as pets. They’re clean, friendly and can easily learn new tricks, leading many pig fans to say they’re smarter than their dogs! Pigs are also known for being affectionate — when they’re with another pig they constantly “talk” to each other and love to cuddle, and they’ll often form the same sort of friendships with their favorite humans.

Because of this, a lot of people buy pet “mini pigs” or “teacup pigs” thinking they’ll stay small, but quickly realize they’re in over their heads when their pig doesn’t stop growing — or when their growing pig’s mischievous, stubbornly playful personality comes out! Because of this, a lot of so-called “mini pigs” are abandoned and left at shelters once they outgrow their baby stage.

If you think you can open your home to a pet pig, make sure you do your research and look for a local animal shelter or pig rescue that has former “mini pigs” for adoption rather than go to a breeder. As long as you’re prepared, you’ll be rewarded with an intelligent, loving pet who will keep you on your toes (in the best way possible)!

A Day In The Life Of A Family With 15 Pets

This family has 15 pets, one crazy schedule and the most perfect life ❤️

People Who Changed Their Whole Lives For Their Pets

Would you move for your pet?

Watch this guy teach his pig to walk again 🙏💞

You Can Actually Stay In These Giant Animal-Themed Hotels

Want to sleep in a giant horse? 😱😍

How Life Changes When You're Not The Only Child Anymore

Subscribe to The Dodo Oops! Hooray!
Sign up for your daily dose of animals Looks like that’s not a valid email address Looks like something went wrong. Please try again later. Looks like this e-mail is subscribed already. Try other one. You’ve been added to our list, you’ll be hearing from us soon