Baby Panda Takes His First Steps, Gets The Biggest Hug From Mom

Bei Bei is now officially on the move - and his mom couldn't be prouder.

This week, the 3-month-old baby panda, who lives at the Smithsonian National Zoo, reached an adorable little milestone on his path to maturity by taking his first steps. Bei Bei's mother, Mei-Xing, was on hand, of course, to supervise her son's foray into the world of walking, which he bravely undertook with a hearty series of tiny panda squeaks.

For his efforts, Mei-Xing was waiting with the sweetest of rewards. 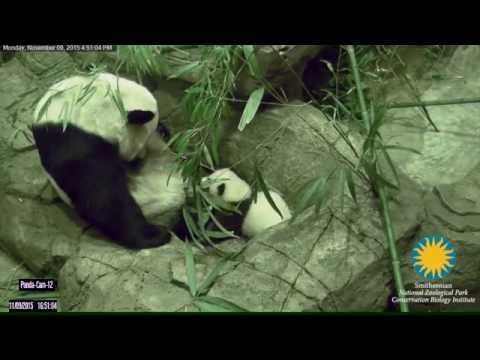 Given that giant pandas are among the rarest, most endangered animals on the planet, it's certainly a happy sight to see a youngster like Bei Bei making his way through life healthy and strong, but the feeling is tempered by the fact that he was born in captivity - not free in the wild, where he belongs.