Orangutans Are Starving In Borneo -- And Palm Oil Is To Blame

Long referred to as the "people of the forest," orangutans are losing ground -- and food -- quickly in their Bornean forest patches. A new study found that palm oil plantations are not only taking away critical orangutan habitat -- they're also causing them to starve.

The study, conducted by researchers from Borneo Future and the HUTAN-Kinabatangan Orangutan Conservation Project, assessed how orangutans have adapted to the expansion of palm oil plantations in their area (palm oil is a saturated vegetable oil common in cooking and in many packaged goods). 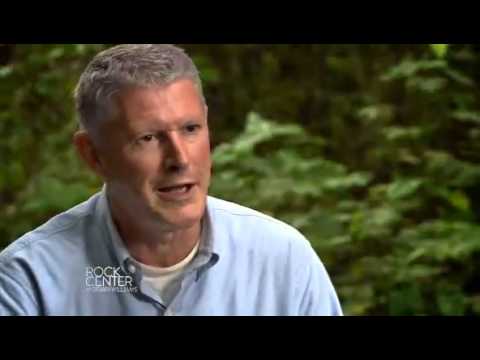 When a palm oil company moves in to convert a forest into a plantation, the first reaction of many animals is to flee to remaining forest patches, which quickly become overcrowded, leaving many hungry. And while some orangutans take to the plantations themselves for food, palm oil shoots are not as nutritious as a diet of wild vegetation.

Not only that -- but conflicts with humans come along with the palm oil expansion.

"Whenever a forest occupied by orangutans is converted to a plantation (not only for palms, but also for paper pulp – acacias, eucalyptus – or some timber species), we can expect conflicts to happen," Dr. Marc Ancrenaz, one of the lead researchers, told Mongabay.com.

WWW.NEILSRTW.BLOGSPOT.COM The researchers say that improving the connectivity between forest patches is critical to orangutans' survival.

"Protection of forested areas within plantations is crucial to alleviate the problem of forest fragmentation for the orangutan as well as other wildlife such as the Bornean elephant and clouded leopard," said Ancrenaz. "This will allow for these animals to safely move through and promote viable (healthy, productive, genetically diverse) populations in the state - a win-win situation for sustainable forestry, oil palm industry and tourism."

You can learn more about products that contain unsustainable palm oil and how to avoid them here.

Palm oil, an ingredient in nearly half of all packaged products in the U.S., is usually produced on large plantations of oil palm trees. Growing these plants involves clearing the forest that was once there, often jeopardizing the habitat of wildlife like orangutans, rhinos and tigers. Join us in pledging to avoid products made with unsustainable palm oil, and pressure food companies to do the same.