Orangutans have been known for reacting to things through their enclosures, like pregnant bellies and cell phones, but this may be the first orangutan who has ever witnessed a magic trick.

A zoo-goer was interacting with a friendly orangutan when he pulled out a styrofoam cup.

"Not sure why you're carrying that around, but ok, I'm watching."

He showed the orangutan that there was something in the cup, then shook it up and moved it around before bringing it back again.

When he revealed that there was no longer anything in the cup ... the orangutan absolutely lost his mind.

I'm pretty sure that guy totally made that orangutan's day. I wouldn't be surprised if he starts trying to do magic tricks for the other orangutans. This is totally how it all starts.

Check out the full hilarious video below: 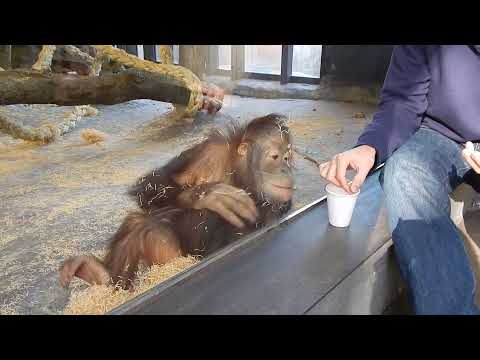