Finally SeaWorld has consulted experts before putting together a crowd-pleasing spectacle - only they're experts in Broadway productions, not sea mammals. In addition to building a new [eyesore] set, "We also reach out and get a wealth of information from experts [in] the field," Michael Fletcher, the park's vice president of entertainment, told the Orlando Sentinel. "We have folks involved from Broadway, television, film, radio, to help us really tell the story the best way we can."

The Dodo asked Sea Shepherd Conservation Society, an international marine wildlife conservation organization, to comment on the video exclusively for The Dodo. Here's what they said:

"Intelligent marine mammals like sea lions belong free in the ocean - their natural environment - not on stages performing senseless tricks for SeaWorld in front of noisy crowds."

"The 'dances' and other behaviors seen in this video are not natural to sea lions in the wild, and they certainly are not teaching SeaWorld park-goers respect for marine wildlife or their eco-systems."

"When park-goers visit SeaWorld or similar marine parks, the only education they get is that wild animals kept in unnatural surroundings behave unnaturally."

"Only in the wild can wild animals behave in true harmony with their environment; it is the only place where their behaviors can be deemed 'educational.'"

"SeaWorld's most amazing self inflicted failure of 2015!" a commenter said in response to an article on the new show. With the virtual sea of lawsuits and bad press flooding SeaWorld so far this year, it's honestly getting harder and harder to say which self-inflicted failure is most amazing. 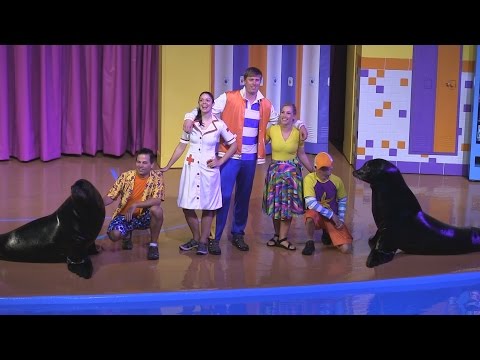