“My Surrogate Children”: What It’s Like To Raise 48 Orphaned Elephants

Benjamin Kyalo has spent the last fifteen years of his life hand-raising baby elephants. As the head keeper of the Ithumba Reintegration Centre, a reintroduction facility at the David Sheldrick Wildlife Trust (DSWT) in Kenya, Kyalo has led the release of 48 elephants -- all of whom were orphaned as calves, many due to poaching. As "surrogate mother" to these calves, Kyalo is there every step of the way -- from rescue to release. He spoke with The Dodo about what it's like to raise rescued elephants.

"My daily life revolves around the elephants and everything I do is all about elephants. I wake up at 5am every day, an early start and start wandering the bush with the orphans."

You can see Kyalo with his elephants in this video: 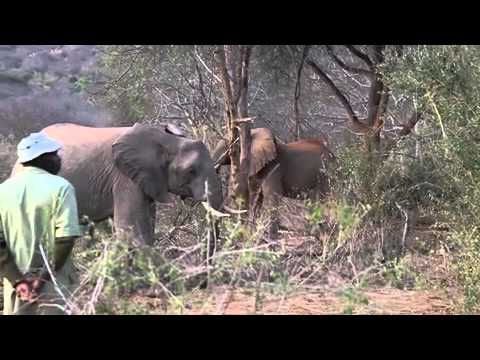 "During the day, we walk with the elephants as they browse, meet other wild elephants and for those still milk dependent, have their morning milk feed and mud bath."

Kyalo also may have to participate in a rescue of an orphaned elephant, like this one: 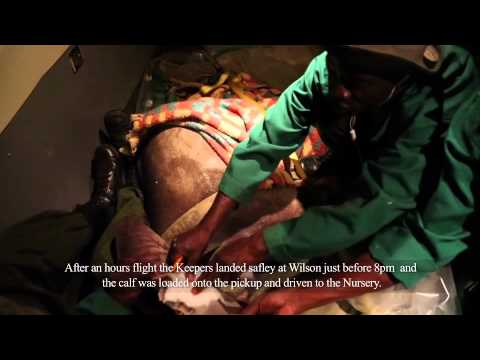 Most elephants who come into the orphanage stay about six years before they are released back into the wild -- by their own choice. "We're there to help them learn how to live a life in the wild," Kyalo said. "When each goes wild then, it's a culmination of many years of strong bonds and hard work."

A release is a bittersweet moment for Kyalo, who raised many of the animals by hand.

"I have mixed feelings when an elephant chooses to return to a life back in the wild – because we don't choose for them, they choose when they are ready," he said. "I feel sad for being left by long-time friends and the same time happy as I have accomplished my duty to reintroduce them back to where they belong. When they return to say hello, it's always nice to see old friends."

"I do feel an emotional connection with them; I see them as my surrogate children, my family." Kyalo said. "When they go wild, I am sad but also happy knowing they are now living where they belong."

But it's not always easy to raise elephants, especially with the threat of poaching to fuel the international ivory trade. Kyalo says that even with the Trust's eight anti-poaching teams, he worries for the released elephants, who wander freely on the reserve.

It makes us all worry about the future of elephants. Every 15 minutes an elephant is killed for its ivory and these might be old wide matriarchs, elephants with calves or even calves – poachers do not discriminate and when elephants are killed, so much is lost – to the environment, to herd and to our country.

Located in Tsavo National Park in Kenya, DSWT has rescued over 160 orphaned elephants. You can see more of DSWT's work -- and their charismatic charges -- in this video: 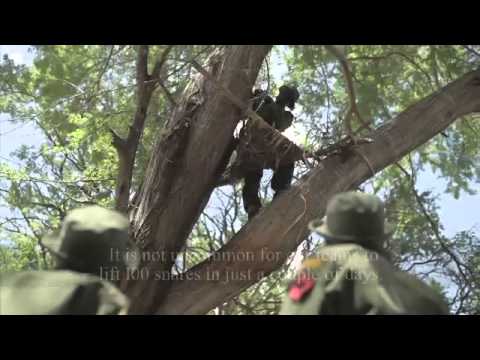