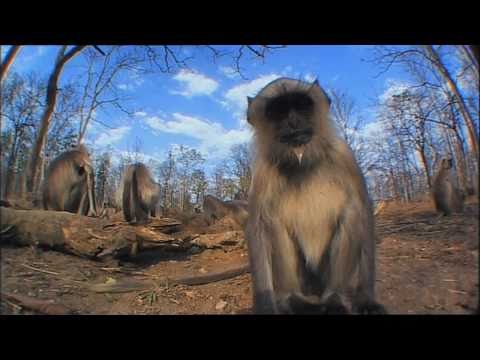 John Downer has captured a number of amazing animal moments on camera -- accidentally and on purpose -- and this video is no different. Downer set up a series of camera traps to watch Langur monkeys interact in their natural habitat, but apparently he wasn't sneaky enough. Several of the monkeys discovered his "spy cameras," and afterward the lenses were the only things they wanted to interact with. As his footage shows, Downer has decided to think of the ensuing action as the monkeys' "epic drama of adventure and exploration."