Life on Earth has come a long way from the first simple microscopic organisms that sprang forth in the primordial soup billions of years ago to the great variety of plants and animals on the planet today. But just as species have changed over time, so too has the way they make their babies.

In a landmark discovery on the history of sexual reproduction described Sunday in the journal Nature, scientists have uncovered the first form of copulation, and in the most unlikely of animals - a now-extinct type of armored fish, called antiarch placoderms.

Nowadays, the most common form of mating among fish species is through spawning. This process involves female fish depositing their eggs, after which a male swims by and fertilizes them - no actual touching between parents required. But as it turns out, placoderms were a bit more physical.

Paleontologist John Long and his team from Flinders University were studying fossils of placoderms, who inhabited ancient lakes in Scotland around 380 million years ago, when they made a surprising find. One of the specimens was preserved well enough that Long could make out evidence of arm-like appendages in the fossil's lower half. But what was it?

"It was a clasper, a sex organ, and it was the oldest and the most primitive one yet found on the planet," Long told The Guardian, noting that fossils without the appendages had two plates in about the same position. Those were the lady antiarchs.

Given the particular arrangement of these organs, the researchers could then determine the way in which they came together - that is to say, the world's first sexual position. And like many firsts in this realm tend to be, it was rather awkward.

"The male can get his large L-shaped sexual organ into the right position to dock with the female genital plates, which are like cheese graters – very rough – so they act like Velcro, locking the male organ into position to transfer sperm."

For the sake of clarifying what "square-dance style" intercourse means, the gracious folks at Flinders University put together a visualization of what two antiarch placoderms having sex would look like. 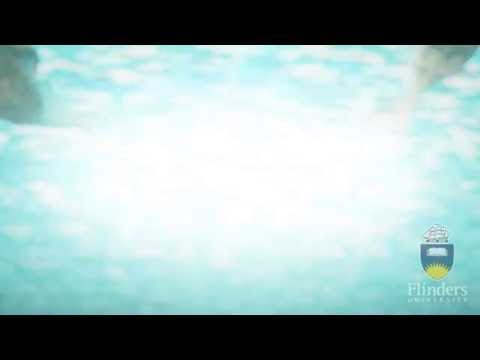 Ultimately, these copulation pioneers went extinct and their brand of internal fertilization fell by the wayside for most fish species that followed. As New Scientist points out, some male cartilaginous fishes, including sharks, still have a clasper, but most fish today reproduce by spawning.

Long isn't sure why that switch occurred, but says "it could be a change in environment or a special adaptation that happened at the time."

Over the eons that followed, internal fertilization would reemerge as the prefered mating methodology, especially as animals began to venture out of water and onto land where spawning wouldn't work so well. But Long says humans and other copulating animals might still have antiarch placoderms to thank for paving the way.

"Once that gene was set in the vertebrate body plan, it could come back later."

Antiarch placoderm first appeared in the Devonian period around 420 million years. The species is considered among the earliest members of the gnathostome family, from which jawed fish are derived. Although some contemporaneous species, like sharks, continue to thrive 400 millions years later, placoderms were driven to extinction after a run of about 50 million years.

"I've been fascinated by placoderms all my life," Long told The Dodo in an email, adding that sex isn't the now-ubiquitous thing that seems to have gotten its start with them on the evolutionary timeline.