Man Jumps Into Zoo Enclosure To Save A Drowning Chimp

As recent events have shown, when the boundary of a zoo enclosure is breached, it can lead to deadly consequences.

But in this instance, it saved a life.

In 1990, during a visit to the Detroit Zoo, truck driver Rick Swope did something no one else would do, and tragedy was averted because of it. As Swope stood looking in on the facility's ape enclosure, a fight broke out between a chimp named Jo-Jo and another male. After the brief scuffle, Jo-Jo tried to escape - only to end up falling into a deep moat designed to keep him in.

Since chimps are unable to swim, the move nearly proved fatal.

"Everyone in the whole place was just standing around watching this monkey drown," Swope told the Deseret News. "When he went down the second time I knew I had to do something."

Despite being warned to keep away by a zookeeper, Swope sprang into action - climbing a security wall to dive in after Jo-Jo, saving the chimp's life while putting his own at risk. 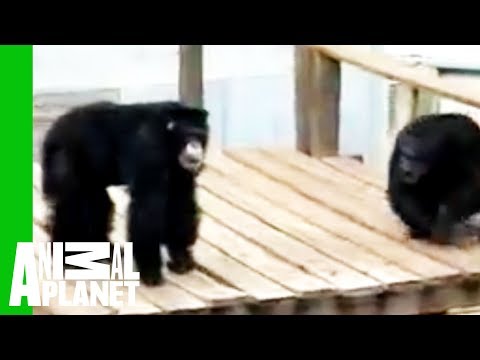 News of the bold rescue garnered national attention for a brief time, but Swope's action did make a lasting impression on one primatologist who's spent her career working with chimpanzees.

Speaking to a crowd at the Woodrow Wilson International Center for Scholars in 2005, Jane Goodall referenced the incident and a conversation her institute's then-director had with Swope afterward:

"He called up Rick Swope and he said, 'That was a very brave thing you did. You must have known it was dangerous. Everyone was telling you. What made you do it?' And Rick said, 'Well, you see, I happened to look into his eyes, and it was like looking into the eyes of a man, and the message was, 'Won't anybody help me?'"

As Goodall notes in her full remarks, Jo-Jo's life was wrought with hardship, having been taken from the wild after his mother was killed by poachers - an all-too common story for countless chimps who long for people to see them as Swope had.

"If you see that look with your eyes, and you feel it in your heart, you have to jump in and try to help," she said. 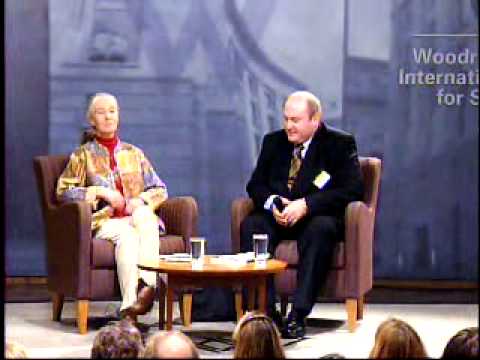 It's unclear what's become of Jo-Jo in the years and decades that followed, though his rescuer still lives in the area. The Dodo reached out to Rick Swope, but unfortunately he was not immediately available for comment. Nevertheless, even 25 years later, his actions that day in 1990 speak more, perhaps, than words ever could.