Lolita, the "world's loneliest whale," may be reunited with the remaining members of her family - 44 years after she was captured from the wild.

Now living in the smallest orca tank in North America at the Miami Seaquarium, Lolita has become the poster child for animal advocates calling for the release of captive orcas. This week the National Marine Fisheries Service is expected to rule on whether Lolita can be included with the other members of her community for protections under the Endangered Species Act. The classification could lead to a lawsuit calling for her retirement to a seaside sanctuary.

Lolita was captured in August 1970 in Puget Sound, Wa. Known originally as Tokitae, she was captured with some 80 other members of the Southern Resident Killer Whales. She was taken to Miami Seaquarium where she lived with Hugo, a male orca who died in March 1980 after smashing his head against the wall of his tank.

Since then, Lolita's been on her own in her 20-foot-deep tank - but maybe not for long. 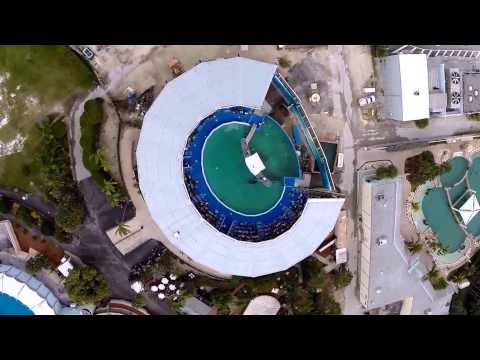 If Lolita is placed on the endangered species list, citizens gain the right to sue on her behalf - and she could be gradually reintroduced to the waters where members of her original community are likely still alive more than four decades later.

The Miami Seaquarium says that Lolita will die if she's released into the wild. "This is a non-releasable animal," curator Robert Rose told the Guardian. If freed, "she's going to die without question," he said.

But Lolita's fate is largely unknown. The only other whale to be released after living for a significant amount of time in a marine park was Keiko, the whale after whom the film "Free Willy" was based. Keiko died of natural causes in 2003, a year after his release into the open seas.

Howard Garrett, president of Orca Network, noted that, after 23 years in a tank, according to daily satellite tracking reports, Keiko traveled around 50 to 60 miles a day, diving regularly up to 70 meters and feeding himself. "That's a fantastic accomplishment and a scientific breakthrough, and it shows what the other captive orcas are capable of," he said.

Lolita is believed to be about 49 years old. Orcas in the wild have a maximum lifespan of 60 to 70 years for males and 80 to more than 100 for females - meaning that if Lolita is moved, she could live for decades among her family.

CORRECTION - An exact location for Lolita's potential home has not yet been publicly identified.