Who knew that DVDs and bed bugs have particular smells? Though their fragrances may be elusive to humans, they are unmistakable to dogs.

It is no big surprise to anyone that a dog's sense of smell is very advanced, and can be extremely specialized. There are, however, a few rather surprising and bizarre scents that can be identified by well-trained canines -- some of which have the potential to save lives.

1. Infections. Dogs have been used to sniff out Foulbrood, a deadly bacterial infection that affects honeybee larvae, and can wipe out entire bee colonies if left untreated. Dogs can do an apiary inspection in 20 minutes, whereas a human would require roughly an hour.

2. Diabetes/Seizures. Dogs can smell and give indication of the onslaught of diabetic attacks and seizures. "I've taught (my dog) to recognize the odor, and the odor signals to him a big reward, so he knows to come up to me and recognize that odor," says Kimberley Cox, a dog trainer at the Medical Detection Dogs center who also suffers from diabetes. Her dog Rory is able to recognize the early signs of an attack, and is trained to bring Kimberley her insulin kit.

3. Whale Poop. A former Seattle stray named Tucker has become an unexpected canine celebrity due to an unusual skill: the ability to identify and pinpoint whale scat, or feces, in the water. How and why is such a skill valuable to scientists? The information gleaned from studying the whale scat is imperative to learning about the health of the endangered orcas native to the San Juan islands in Washington. From the droppings scientist can also identify where whale pods spend most of their time. And it is no easy feat -- whale feces only float in the water for about 30 minutes before sinking, giving Tucker a small time frame to work with.

4. Bed Bugs. Clever canines have been used to inspect residences for bed bugs, with an impressive 96% accuracy. The dogs can sweep a room in minutes, whereas a visual inspection by a human could take hours. This kind of service is in high demand, particularly in heavily-populated areas like New York City.

5. Drowned Bodies. In the tragic instance where authorities must search for a missing person or find someone who has drowned, dogs have provided amazing assistance. Search and Rescue teams often take trained dogs out on the boats with them, and the dogs are (amazingly) able to detect where the human remains are from above the surface of the water.

6. DVDs. Dogs who have been trained to sniff out DVDs have been used in countries such as Malaysia to crack down on the movie-pirating trade. There was an instance where the canine crusade resulted in 26 arrests and the seizure of illegal discs worth over $6 million.

7. Ovulation. Though most cows are artificially impregnated, bull semen is (as it turns out) extremely expensive. Because of this, most farmers can only afford to artificially inseminate their cows when the cows are absolutely ready to be pregnant. This is where dogs come in. Specially-trained dogs are able to detect when cows are actually in heat, and can therefore minimize the guesswork for farmers.

8. Cancer. Studies have shown that dogs have the ability to detect cancer just by sniffing a patient's breath. Nicholas Broffman, who conducted one of the studies at the Pine Street Foundation, says that "Cancer cells emit different metabolic waste products than normal cells. The differences between these metabolic products are so great that they can be detected by a dog's keen sense of smell, even in the early stages of disease." 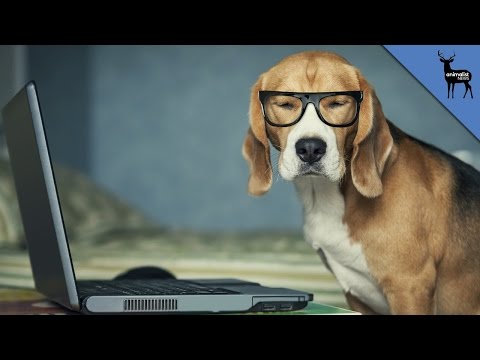