It's said every joke has a grain of truth in it; the jokes about animal captivity that funny-man and late night TV host John Oliver cracked on Sunday had veritable silos.

In a bit on former Ukrainian president Viktor Yanukovich on "Last Week Tonight," Oliver talked about Yanukovich's private ostrich zoo at the mansion he lived in before being ousted for alleged embezzling and corruption in 2014.

"I supported the ostriches," Yanukovich said in a BBC interview. "They just live there." Probed by the interviewer, Yanukovich admitted that he did not have time to be there for the birds, even though he "loves animals."

Since Yanukovich has left the mansion and private zoo, the bizarre collection of captive ostriches has become open to visitors - who probably don't realize the perils of roadside zoos - and Oliver points out that one male ostrich has become so stressed from the influx of people, he hasn't been able to breed. 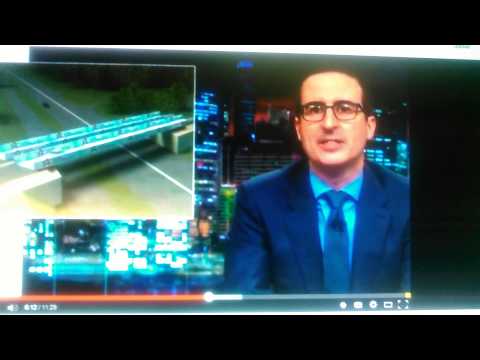 Is John Oliver the new Jon Stewart? Let's hope so.