They're so devoted to each other!

A few tiny individuals just proved how far they would go to save a friend — and it's changing the way people view their kind.

A group of desert harvester ants was just observed freeing their siblings from spiderwebs. Scientists watched as the insects not only came to the rescue, but also spent about two hours destroying the sticky traps, presumably so no one else would get caught. The researchers published their findings in The American Naturalist. 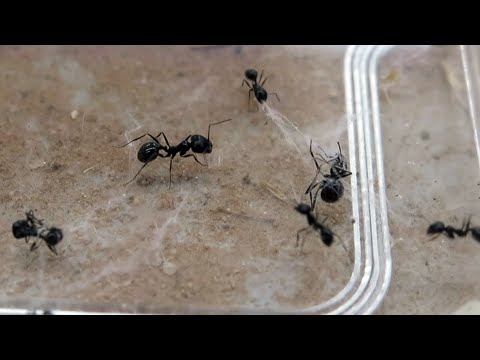 The behavior is especially extraordinary since people don't usually think of insects as being quite so bonded as to risk their own lives to save another. The researchers found that some ants — about 6 percent — perished trying to save their friends from spiderwebs.

Dolphins and apes are known to risk their necks for their friends, Science Magazine points out. And now desert harvester ants can join the ranks of the animal kingdom's most fiercely loyal creatures.