Louie Psihoyos, Academy Award-Winning Director of "The Cove" and Executive Director of OPS (Oceanic Preservation Society), is screening a work-in-progress version of his new film "6" at the Tribeca Film Festival on April 25th. The film -- whose title alludes to the sixth extinction -- takes on the issues of endangered species and mass extinction. Similar to "The Cove," which exposed brutal dolphin drive hunting in Taiji, Japan, "6" is what Louie calls an "eco-thriller," and promises to simultaneously educate viewers about and energize them to help tackle what he sees as "the biggest [environmental] issue humanity has ever faced." We had the opportunity to ask Louie some questions about "6" and what he hopes audiences will take away from it.

What inspired you to make "6"?

We had enormous success with "The Cove" in creating awareness and changing behavior, and I wanted to scale it up by tackling the biggest issue humanity has ever faced. We are one step away from greatness -- or the greatest disaster of the last 65 million years.

How bad is it really?

By the end of the century, we could lose half of the species on the planet. But this time it's not a meteor that's wiping out life on the planet, it's humanity. One paleontologist told me that WWII will be a footnote in human history compared to the current loss of biodiversity that our generation is presiding over. My goal is to make a film that doesn't just create awareness, but inspires people to get motivated to change this insane path we're on. Films to me aren't just entertainment -- they are for me the most powerful weapon in the world, a weapon of mass construction. We can change course, but we need a strong motivator. Entertainment is still key: we have as many gadgets and high tech gear as a Bond film -- in fact, the film features a car that was inspired by the Bond cars except ours is much cooler.

What do you hope people will take away from the film?

I want people to feel empowered and enraged. The burning of fossil fuels is killing the planet, it's acidifying the oceans at a very very dramatic rate -- oysters in the larval stage can't be raised in the Northwest anymore without special monitoring procedures. This is not something that distant generations will have to worry about -- it's happening right now, in our lifetime. It's not just oysters -- plankton may be in peril too and plankton is not only the base of all ocean life, it's responsible for every other breath you take. Also, people don't realize it, but the raising of animals for human consumption causes about as much greenhouse gases as the entire transportation sector. So if you want to save the planet for your kids as well as the rest of human and animal life, adopt a plant-based diet.

How many species are at risk of extinction in the next ten years?

E.O. Wilson, the great Harvard conservationist, estimated that we may be losing as many as 30,000 species a year -- it's hard to know exact numbers because we have no idea how many species are alive today. Scientists have only catalogued about 1.8 million species -- we don't even know within several orders of magnitude how many species we share the planet with. We do know that, with the massive loss of habitat, we are losing species faster than our ability to record their existence. This is like having all the world's knowledge in a single library and we're burning down the library before we can read the books.

What are three things that can be done to combat mass-extinction? What's actionable right away?

1. Get your home, school, places of work and worship, and government buildings off of fossil fuels ASAP 2. Explore a plant-based diet 3. Tell everyone you know to see this film The solutions are all upgrades. I've been driving an electric car for five years, and it never goes into the shop because there's only one moving part in the engine -- the rotor -- which lasts forever. I power it with solar panels, I don't pay for gas; in fact, my whole house and studio is powered by the sun. My license plate says "VUS" which stands for Vehicle Using Sun -- it's the opposite of an SUV. My local electric company (which OPS has been working fervently to overthrow) pays us to produce electricity because we generate 140% more energy than we use.

"The Cove" hit a nerve with a worldwide audience -- and clearly "6" will have as much, if not more, of an impact. What do you think has changed in the world that issues like this are now mainstream?

It's Evolution. Humanity is actually evolving very very quickly as information speeds up -- the combination of the internet and inexpensive gear has leveled the playing field. Every kid in the world who is a keen observer and has a laptop and a camera and can tell a great story can have as much reach and influence as a New York Times writer. We shot one of the best scenes in our movie almost entirely on GoPros.

James Cameron told me that it's hard to talk about having another child when you're in the middle of childbirth. I guess we're still very much in labor. The screening at Tribeca is a work in progress screening -- we're not done filming yet, and we have a big event we want to pull off this summer for the climax of the film. And when you're done making a documentary, you're only halfway there...

Watch the trailer for "6" the Movie: 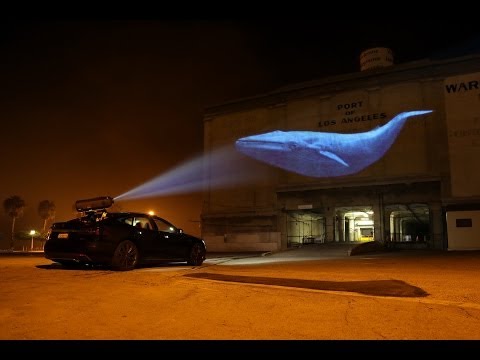