I am Morgan - A Film About An Orca's Stolen Freedom

It isn't often that something that takes less than five minutes of your time can change your perspective on life. But this video about an orca may well do exactly that. 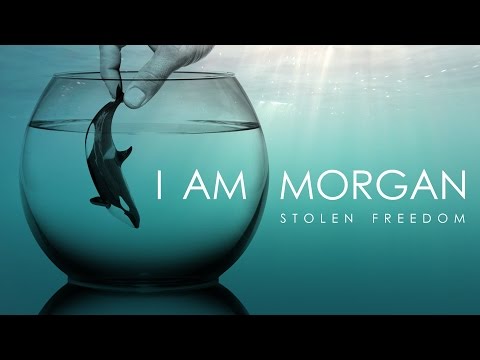 The compelling point of view of this four-minute film immediately draws the viewer in, as if you were experiencing Morgan's life yourself. You may not even know who Morgan is, or her story, but as soon as your eye breaks the surface with her, you realize you are along for the ride. The distinctive viewpoint of being immersed with an orca, in the wild, as she swims with her family, is persuasive. The viewer learns that Morgan, a Norwegian orca, has been separated from her family and transported into what we, as humans, would typically describe as a nightmare. The tempo increases to a climatic point in the captive setting, before drifting back to the free, unlimited world Morgan had previously lived in, but can now only experience through her dreams.

"The challenge was to create an emotional contrast between the beauty of life in the wild and the shock of what it is like to live in captivity," Jeremie Collado, from France and the film's editor and sound designer, commented. Irene Buesa García, one of the two directors from Spain, said, "The subtitle, Stolen Freedom, came immediately to mind because it perfectly reflects Morgan's story. With the pretext of helping her, the captivity industry 'rescued' her, but then everything she knew was taken away and replaced by an artificial 'habitat,' very different to what an orca naturally needs to thrive."

The video was published on November 29th to mark Morgan's arrival in Loro Parque, an entertainment park in Spain, four years previously. Within hours it seemed to have become the 'go-to' video in the anti-captivity sphere. This community has been instrumental in sharing the link all over the world through social media, where thousands of people have posted about it. In just 48 hours it has spread, with over 9,000 views on YouTube, creating a mini international tidal wave of compassion.

Heiko Grimm, the third director of the film, commented, "The fact that this has all occurred within the last two days shows that the public is inspired by the unique point of view footage used in the video to portray Morgan's dramatic story." Grimm said that in Germany, where he is from, Morgan's story is not well known. "Once we had an insight into Morgan's shocking tale, we wanted to help change her situation. While brainstorming with the other directors, I had the memory of my first dive in the open ocean and the impressions of the underwater world, which were so strong. With that in mind, the idea of filming Morgan's life from her point of view was born."

This perspective from the orca's point of view appears to be a novel way of telling the story of how orcas are suffering in captivity and is perhaps what makes I am Morgan so powerful. Daniel Azarian, from Underdog Entertainment, who filled the role of Consulting Producer, said that, "As there is no human narration, but rather strong visuals combined with Morgan's own calls, the video is emotive." He added, "The fact that this is inspired by a true story makes it all the more poignant." By revealing what Morgan's daily life must be like, the film crew have managed to translate her feelings and sensations into something that everyone can relate to.

Director Carlos Godó Borrás, from Spain, explained some of the work that went into creating this unique perspective. "We recorded several segments in cold water, which turned out to be far more challenging than I imagined, although it was fun and brought out our creativity. In one scene, we used a GoPro camera, clamped to a lampshade for stability, to simulate an orca going in and out of the transport sling."

Claire Guillaume's, the film's creative consultant, described how the inspiration for the creative side of the project came from her childhood experiences. "I saw orcas in captivity in France, my home country, but I soon came to realize that what they were experiencing wasn't right. In the making of this film, I wanted to help people understand the trauma they have to cope with every single day. There is no joy for them in living in a tank and performing tricks in a wet circus-like environment. It's like being a toy crammed into a fishbowl, a message we pictured in the credits."

Credit: I am Morgan.

Dr. Ingrid Visser, orca expert and co-founder of the Free Morgan Foundation (where the film is being hosted), has stated, "I was impressed with how the team created something that was dynamic and engaging. I suspect that this video will inspire people to take a stand against keeping orca in captivity."

If, like so many of the film's viewers, you are inspired to find out more about Morgan, you can follow her story on Facebook and Twitter, delving into the nitty-gritty of how this free-born orca was sentenced to a life in captivity.