What Makes Humans Different From Animals?

What's the difference between humans and animals? Of course, humans are animals, but there must be one or two characteristics that distinguish us as unique from the rest of the animal kingdom: a part of ourselves that we can claim as our own and say, "Yes, that's what it means to be human."

Maybe you've searched this question in Google and found a top ten list of supposed unique characteristics such as language, free moral agency or, as George Carlin pointed out, our ability to make plastic. Maybe you studied Aristotle, and he convinced you that it's our ability to think and act rationally.

Or maybe you're on the other side of the argument. You think that the trivial differences between humans and animals don't overshadow the tremendous underlying "oneness" of all living things.

If you're like me, you're not satisfied with any of the above answers. Animals seem to share at least some form of speech and free will. And to say that we're all one big family seems to disregard the fact that humans live very differently from Earth's other animals.

I know it seems unlikely that there is just one definitive characteristic which distinguishes us, so let's entertain two possibilities: one general possibility and another pretty specific one.

Imagine that you're an animal living in the wild. You eat what you can find. You sleep outdoors, of course. Perhaps you frolic in a meadow or swing from vine to vine in a jungle. And, oh yeah, you are naked.

However, you do notice that your food supply is becoming more scarce each year. The animals or plants you eat no longer thrive where they have for generations. Perhaps you and your herd migrate to wherever you can find food and shelter.

Searching for basic survival, you're in unfamiliar territory. Your herd is dying off, and you haven't seen another animal like yourself for as long as you can remember. You may not have the cognitive processing of a human, but you still somehow know: you must be the last of your kind.

You're frustrated. You want to scream and shout, you want to speak up to defend yourself, but you can't.

Perhaps this is the greatest difference between a human and a nonhuman animal: our ability to voice our opinion and create change in the world. If you need to be convinced that humans have created change, take a quick look at a city landscape or just consider whatever technological device you're using to read this essay: in more ways than any other animal, humans have brought about change on Earth.

Is our ability to shape the world around us what separates us from our animal brethren? It seems to be a good answer, but it's vague. "Manipulation" and "change" beat around the bush, and don't get to the heart of what humans have really been doing on Earth.

This brings us to the second, more specific, answer to the question: What makes humans different from animals?

Our ability to destroy

Consider the possibility that humans are unique, but not for any of the noble reasons we typically brag about: wisdom or opposable thumbs. Perhaps what distinguishes humans from the rest of the animal kingdom is our distinct efficiency at wiping out life on Earth as we know it.

Maybe the term "mass extinction" rings a bell for you. The most recent one occurred about 65 million years ago. It was the fifth mass extinction, and that's why there are no dinosaurs walking the earth today.

You don't need to read the study to consider the horrifying scope of its conclusion, although I recommend taking a look at it. The message is all there in the title. It's the same message I've heard since I was old enough to read these types of studies: life as we know it is being destroyed by humans.

Is destruction our defining characteristic within the animal kingdom?

Consider a third possibility: our imagination.

I don't believe humans are the praiseworthy creatures we've always said we are - that is, I don't feel rational, wise or compassionate. We seem to have fallen from these ideals. If humans acted in such a noble way, then how did we end up in this catastrophe: caught between a recent global industrialization and the not-so-distant apocalyptic future?

Here's the light at the end of the tunnel. We didn't industrialize to destroy. We industrialized because we had a vision of what our lives could be. We innovated and cultivated our visions of seemingly impossible goals into fantastical realities.

At our core, humans are dreamers. It is this characteristic which allowed us to shape the world. We lacked foresight - we could've used a hell of a lot more foresight - but we never lacked imagination.

This human characteristic may lead us to our own destruction, but it also may be our only hope for saving ourselves and the diverse life on Earth.

Let's all take a moment before we go to sleep tonight to remember that we have the capacity to reflect upon what it means to be human and to choose our legacy.

By accepting the harsh realities of our world today, we receive an opportunity to define our species by changing our course of action and save what we will otherwise destroy. As this study and others have noted, there's still time to change our ways and save ourselves.

If there was ever a time when humans were called upon to feel compassion, to think in new ways and to solve problems that have never been solved before, it is today. Turning things around will require the best parts of our humanity.

Hopefully, we can search within ourselves for a way to save life on Earth, including humans. And perhaps in the process, we could discover a part of ourselves that is not only honorable and legendary, but also beautiful and distinctly human.

For those of you who read this article all the way to the bottom and those of you who scrolled here without reading the words above, you deserve some inspiration for the day. Please enjoy the following song by M83. 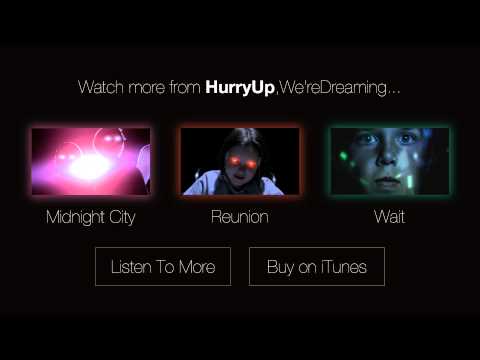