Abused Raccoon Gets Rescued, Freaks Out About EVERYTHING

Harbor the raccoon was rescued back in 2011 after police found him on an impounded boat. For four years, he had been locked in a 2-foot-long cage, surrounded by dirt and feces. He had likely never stood up before, couldn't climb, and walked on his wrists instead of his feet because of a metabolic disease caused by malnutrition.

But Harbor wouldn't let that get him down. After being taken in by California-based rescue Animal Advocates, the former "pet" got a new chance at life. He got a big cage, his own pool to splash in and lots of loving care. And as these videos, which were taken shortly after his rescue, show, Harbor might just be the happiest raccoon ever.

Here are just some of the things that make Harbor ecstatic.

This sweet raccoon might have had a tough start to life, but his little spirit seems unbreakable. And while these videos were taken several years ago, Animal Advocates founder Mary Cummins reports on Facebook that Harbor, who was deemed unreleasable, is still as happy as ever, and loving life in his new sanctuary home.

You can watch the full videos below. 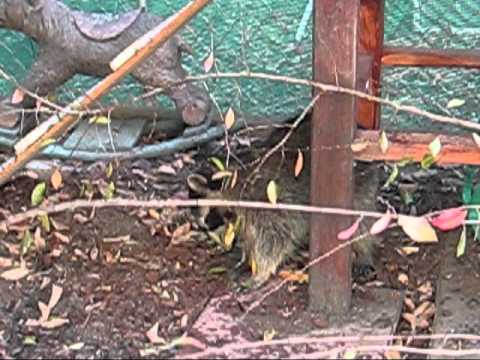 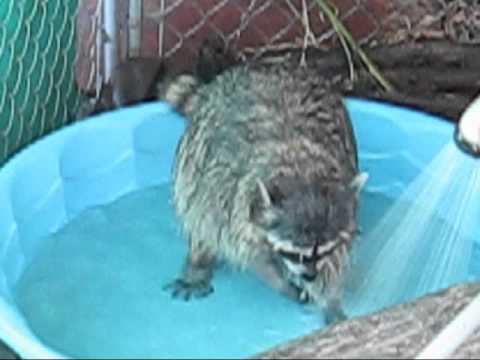 As a bonus, here's a video of a sleepier Harbor enjoying some one-on-one time with his carer.