Guy Surprises Cat By Dressing Up As His Favorite Toy

"Peeps loves playing in that shark bed. So I ordered a shark costume."

By now, you've no doubt seen the heartwarming video of that guy who surprised his dog by dressing up as her favorite toy. Well, THIS guy did the same thing - for his cat.

Jeff Cerulli isn't just a comedian, he's a cat-lover. So, after seeing the clip mentioned above, he thought it would be nice to treat his feline friend, Peeps, to the same sort of surprise: "Peeps loves playing in that shark bed," Cerulli told The Dodo. "So I ordered a shark costume to see what would happen."

As you can see, Peeps's reaction wasn't quite so ecstatic. 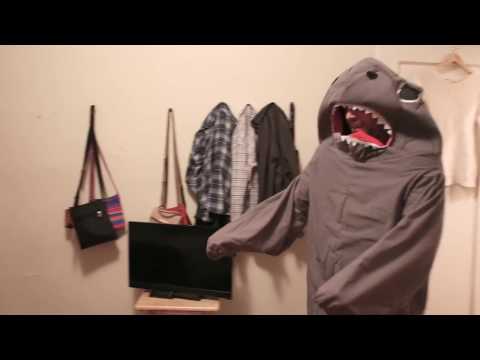 While the cat seemed none too eager to embrace the living embodiment of his favorite toy, Cerulli says that was more than OK. In fact, when all was said and done, and the two snuggled up again without the costume, it was a reminder of what makes pets like Peeps so special.

"I love cats," said Cerulli. "They aren't going to overwhelm a stranger with love. Most of the time they just have a bond with whoever takes care of them. That is kind of what makes cats more interesting than dogs. When they start loving on you, you feel special. It's like when you are in middle school and some girl starts talking to you."

In other words, simply being there for your cat each day really is the best surprise.