Australia's racing industry has been using live pigs, rabbits and possums as bait to train its greyhounds to run, an investigation by Australia's ABC News reported Monday night. The animals are used to invoke "bloodlust" in the dogs, who often maul them to death, and trainers believe it gives them an advantage.

The undercover footage, shot by Animal Liberation Queensland and Animals Australia, shows the bait animals tied onto an apparatus that swings them around the track, screaming and squealing. Trainers also discussed burying dead greyhounds.

"On the tapes was probably the most horrific cruelty that you would ever come across involving dogs and animals," Hayley Cotton of Animal Liberation Queensland said in the video. 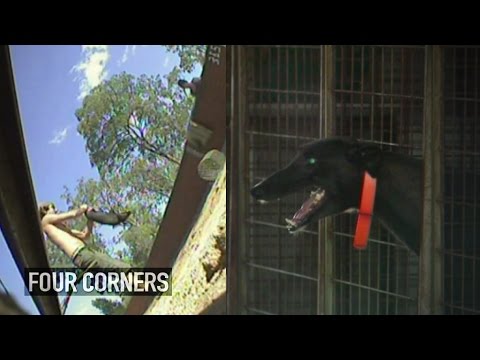 The footage provoked the RSPCA to raid several racetracks and suspend 22 trainers for live baiting.

The Victorian government is also investigating animal welfare allegations, while the New South Wales government is increasing the allotted time for public comments into a review of its Greyhound Racing Act.

Greyhound racing is thriving in Australia, unlike in the U.S., where the sport is increasingly unpopular. The country hosts 40,000 races every year, involving more than 300,000 dogs.