A new survey shows they're "our living dinosaurs."

When the Great Elephant Census started three years ago, no one had ever counted every single elephant in Africa, and there hadn't even been an attempt to do so in 40 years.

But now the results are in from the most thorough study of elephant populations in history - and they show a sad impending fate for elephants.

A total of 352,271 savanna elephants (the most widespread kind of African elephant) was counted in the 18 countries surveyed. This is about how many savanna elephants are left in the wild on Earth - and they've declined by 30 percent (144,000 elephants) in just seven years, between 2007 and 2014.

A separate study just released shows that the population of Africa's forest elephants (the other main subspecies) has declined by more than 60 percent since 2002, leaving fewer than 100,000 forest elephants in the world. In other words, the damage done in a decade would take elephants 100 years to reverse, even if poaching stopped.

"These animals are facing incalculable odds," elephant ecologist Mike Chase told CNN. "It's not just poaching, it's habitat loss, human-elephant conflict, climate change. These are issues confronting us as well - they're emblematic of the struggle for survival."

What does knowing these numbers do, other than make our hearts sink? The hope is that the data will actually help conservationists save elephants.

"I'm a big believer in the power of data to help inform decisions," billionaire philanthropist Paul Allen, whose foundation backed the census, told National Geographic. "We have to make faster, smarter, better decisions about how and where we direct limited resources."

"They are our living dinosaurs, the romance of a bygone era," Chase said, "and if we can't conserve the African elephants, I'm fearful to think about the fate of rest of Africa's wildlife."

Learn what you can do to save elephants here. 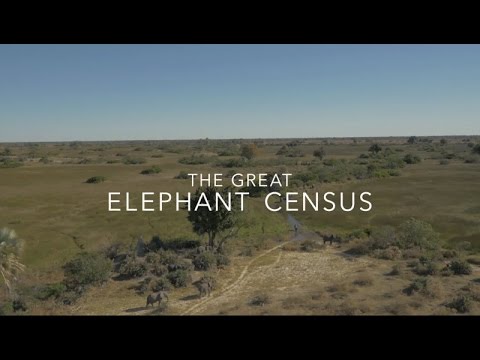