Divers Stumble Upon The Biggest Fish They've Ever Seen

Divers off the coast of Portugal got a huge surprise when they happened upon this GIANT sunfish ... and then swam alongside him for a while.

In this video, first shot back in 2013, the huge sunfish keeps moving as awestruck humans swim beside him, trying to take as many pictures as possible to record this rare and magical sighting.

Sunfish usually weigh an average of 2,200 pounds, making us humans look tiny when we happen upon them. But their huge size poses no danger to us - sunfish eat mostly jellyfish and crustaceans.

As is clear from the video, this sunfish just swims along peacefully next to the tiny divers. Watch the whole incredible encounter below: 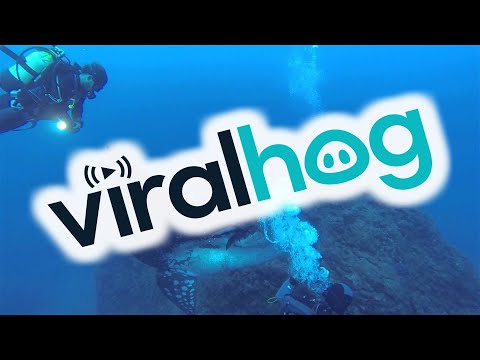