It's sometimes described as "a living fossil," and just by looking at the world's largest amphibian, it's easy to understand why.

The critically endangered Chinese giant salamander is rarely seen in the wild today, but last week, a particularly monstrous specimen weighing over 100 pounds was found in a remote cave in southwest China.

According to People's Daily Online, experts say the four-and-a-half-foot salamander may be more than 200 years old, making it even older than Johnathon, the tortoise currently thought to be the world's oldest living land creature.

Since being discovered, the salamander has reportedly been transferred to a special research facility for protection and further study.

Unfortunately, giant salamanders this old may soon go the way of the dinosaur: Since the 1950s, their population has dropped by 80 percent.

Watch footage of the recently found salamander below or click here to learn more about protecting this unique and wonderful animal: 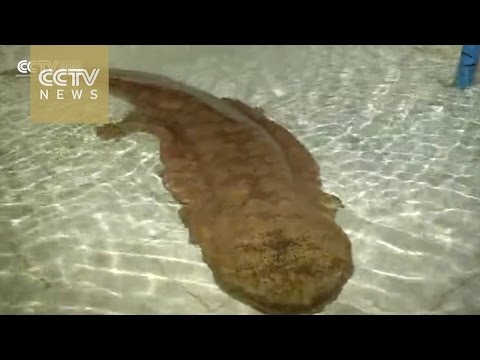