Indeed, a nation of fur-wearing millions may not be able to hold back Gabriel Nadler.

The 31-year-old, hailing from the not-quite hip hop hotbed of northern Toronto, has gone viral with a video called "You're Wearing WHO?" - a callout of conscience to celebrities who flash fur.

Rapping under his alias, Gaiaisi (Gaia's Eye/Gaia is I), he gives shout-outs to the likes of Kanye, Kim K, Drake, even Donald Trump. Then he shuts them down.

"You don't gotta be famous to dress like a douche," he raps in the clip. "Ask the millions of nice folks in Canada Goose."

There's a name that rings a solemn bell. Indeed, The Dodo has reported extensively on the animal suffering that goes into each and every one of those perversely popular coats.

Yes, there's coyote in there. There's also one in Nadler's video. Well, sort of. His neighbor's dog, seen flanking him, is part Husky and part coyote.

"I had no idea until 2013 that Canada Goose used real animals on their coats, never even crossed my mind even though I saw the jackets everywhere," he tells The Dodo.

That winter, he spotted a series of subway posters from a group called Fur-Bearer Defenders highlighting the brutalities of trapping animals for fur. No, it's not all good in the hood.

(You know, like leaving them in medieval traps for days to starve and suffer in terror and isolation.)

And a hip hop activist was born.

Nadler admits he comes on fast and fur-ious when he confronts Canada Goose customers in the video. And he's not the only one to come on strong in the video. Some of the clips were shot by New York City activist Robert Banks.

"He led the Kim Kardashian confrontation and literally stands up for animals every day in NYC," Nadler says "And he doesn't hold back at all."

It's a style inspired by the hard-hitting anti-fur activism of the 1980s and '90s - a movement, he adds, that helped end the inglorious reign of the inglorious full-length fur coat as a fashion staple.

"Lightly hurting people's feelings is a lower priority for us than saving the lives of those animals from a horrible life and death for the sake of vanity," he says.

His videos, posted on YouTube and Facebook - including the thoroughly well-shared "Tell A Friend" and "Drake Hates Dogs"- have already reached hundreds of thousands of viewers.

But in a world still bent on wearing the skin of animals, maybe, just maybe, Gabriel Nadler is the kind of hero animals deserve.

In any case, when it comes to helping animals, he's always got time for a rhyme.

Not down with fur either? Take the time to find out how you can get involved in the fight for animals who need their skin. You can also check out the full video below, or head over to Gaiaisi's YouTube channel for more. 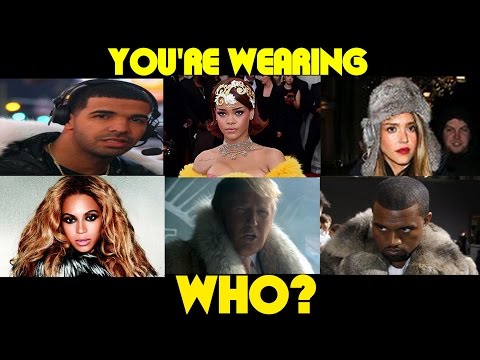